Tragedy in the Eastern Sierra over the weekend – Scott Sederstrom, a well-known rock climber, died in an apparent climbing
accident on Friday. 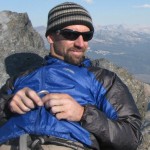 The missing hiker, Scott Sederstrom age 44 of Bishop, who worked at Mammoth Hospital, was reported to be at the Lower Gorge
earlier in the day doing some climbing.

When Mr. Sederstrom did not return that evening, his fiancé drove to the lower gorge parking lot and located Sederstorm’s van and
dog. 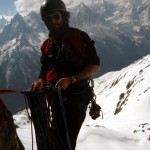 An Inyo County Sheriff’s Deputy along with a California Fish and Wildlife Officer searched the area for Mr. Sederstrom but were
unable to locate him.

At about 6:30AM the Inyo County Search and Rescue team was called.

About an hour after the Inyo SAR team began its search of the area, Mr. Sedestrom’s body was located by a family friend in the gorge. Once the body was identified, Deputy Degeorge of Mono County took over the investigation.

Several Inyo SAR members along with several Mono SAR members remained on scene to assist in the body recovery.

Dang, Scotty cared for me after my knee surgery. He made sure me and other patients felt very comfortable. What a bummer.

I feel bad for his fiance. An awful tragedy for a woman who doesn’t get to marry her man. She should know that others are hurting also.