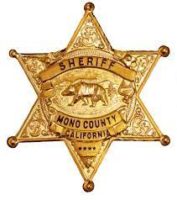 The Family has set up a GoFundMe page. If you would like to help them with Medical and Legal costs, CLICK HERE

We work to provide daily news to all of the Eastern Sierra, in the tradition of Eastern Sierra News Service and the Sierra Wave. We bring you daily happenings, local politics, crime, government dealings and fun stuff. Please contact us.
View all posts by News Staff →
Amber Alert 8-20-21
ESCOG LOOKS AT REGIONAL AIR SERVICE
20 Comments
Newest
Oldest Most Voted
Inline Feedbacks
View all comments

Related and not, but still a foundational question: where are these young people getting alcohol for these parties? Parents and older siblings tends to be the answer. So, please, don’t get your kids alcohol or allow them to get it elsewhere. That would be a really good start.

What rock have you been living under, like, FOREVER??? Teens have always been able to get beer…. now the behavior was appalling….

Well, I’m guessing a different rock than you have been living under. While it is illegal to do so, we have MANY parents here in the Mammoth area who buy alcohol for their teens. Even if you forget that it’s illegal, it adds to the dangers these kids face—fights, poorer… Read more »

Most would be shocked to know who the suspect is related to. This is not his first altercation and seems to escape responsibility for his past actions. Hopefully Mono County will be more attentive to accountability than Inyo has in the past. And don’t try the whole “the kid had… Read more »

No. Joe Biden was not there.

I second your point dpblue about simply ignoring INYOFACE’s vitriol. Sometimes it’s hard to suppress reflecting that person’s own negativity back on the world, but I try to simply drop it and ignore it because I realize any negative response is just adding fuel to the fire. Internally, I remind… Read more »

@Disgusted really? Both set of parents allowed their children to attend the same party. Both are minors. Neither of them should have been there. That does not make all of them horrible parents. Kids make stupid decisions on their own majority of the time!

How Progressive of you , How Wise and Experienced you must be. To come to the Conclusion that the only possible explanation for another persons opinion or view you do not agree with must be due to their living in Misery and are not able to enjoy life. I hope… Read more »

@INYOFACE, pretty sure everyone was white, and it didn’t happen at school…
Thou doth protest too much.

What is your Definition of WHITE ?>

Here’s the Go Fund Me link to a fundraiser set-up for the victim.

This has NOTHING ago do with schools. This has EVERYTHING to do with horrible, irresponsible parents. From the parents of the 16 year old who let their child even think it was okay to be at that party to the parents whose child not only videoed it and laughed while… Read more »

Parents like the mom at the school board meeting saying (Lori) it isn’t their kids responsibility to take care of others. If you can’t be bothered to stop a near fatal beating you are equally responsible. The kid filming the video is equally responsible. And honestly a little sick to… Read more »

Am I my brother’s keeper? Apparently not these days.
No compassion. No empathy. No humanity.
And no responsibility for their actions.
You are right, Sal. We heard them at the school board meeting.

Well said. People filming events like this is Darwin working in action. Not only does it document EXACTLY what happened, it also identifies people. Good job idiots. Keep filming yourselves doing dumb stuff. The courts love it as it makes their convictions a lot easier.

THANK YOU PUBLIC SCHOOL SYSTEM.
Looks like the CRT Agenda has had the outcome you wanted .
Keep causing Racial Division and Hatred.

Inyoface appears to enjoy spewing division and hatred.
I will dare to suggest to those who interact here that we recognize what he’s trying to do and ignore him.
Our country is too harshly divided and its certainly not helpful to foster it.
Long live Democracy.

CRT is not a part of any public school curriculum anywhere. You’re tilting at windmills again.

Where have you been living , IN A CAVE ? Tens of Thousands of parents all over the United States have been swarming school board meetings for the Removal of CRT from the curriculum.
I guess you also believe that the world is FLAT. And Darwin was a Heretic .