By News Staff on August 17, 2013 in Government Agencies/Utilities 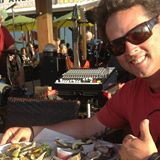 Lloyd Cearley of Mammoth Lakes, promoter of the Mammoth to Bishop bike ride, was reported missing last week and now has been reported to have died.

Cearley’s sister posted on Facebook that her brother was found in the Sacramento River with his identity confirmed by the coroner’s office Friday night. A number of comments have praised Cearley as a gentle and good soul who touched and inspired many.

Mammoth Police had confirmed on Thursday that they did receive word from Sacramento that law enforcement there was looking for Cearley and had a missing person’s report. Mammoth Police Sergeant Marc Moscowitz said the Department also got a call from a relative asking for follow-up locally.

Moscowitz said an officer did check several local areas but did not find Cearley. Reports said Cearley had gone to Sacramento for a medical appointment and that he was staying with a friend. Reports also said he left some personal items at the home of that friend and had not been seen since.

lloyd , what a beautiful spirit . So many beautiful memories of kindness year after year on the mountain. I miss you and just learned today . So sad …my heart is broken.

There aren’t enough words to describe how wonderful, generous and kind he was. What a tremendous loss. Godspeed, Dear Lloyd. Forever in our hearts!

So very sad. One of the most professional promoters I have ever worked with. I only knew Lloyd for a short time but we became fast friends…….because that was Lloyd.