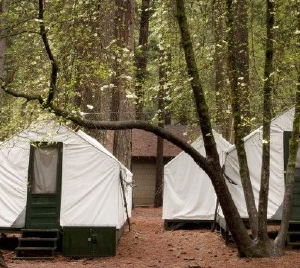 “Yosemite National Park continues its public health response and outreach as a result of confirmed cases of hantavirus pulmonary syndrome (HPS) in individuals who spent one or more nights in the park between June 10 and late August of this year in the “Signature Tent Cabins” located in Curry Village. The National Park Service Office of Public Health is working with the Centers for Disease Control and Prevention (CDC) and state public health offices to heighten public health awareness and detection of the disease.

“We want to make sure that visitors have clear information about this rare virus and understand the importance of early medical care,” said Yosemite Superintendent Don Neubacher. “We continue to work closely with state and national public health officials, and we urge visitors who may have been exposed to hantavirus to seek medical attention at the first sign of symptoms.”

The National Park Service has received confirmations from national and state public health agencies of HPS cases linked to eight individuals who stayed one night or more in Yosemite since June of this year. Three cases have resulted in fatality; the five remaining individuals are either improving or recovering. The confirmed cases include six individuals from California, one from Pennsylvania, and one from West Virginia. The types of hantavirus that cause HPS in the United States cannot be transmitted from one person to another.

Seven of the eight cases of HPS have been linked to the “Signature Tent Cabins” in Curry Village in Yosemite Valley. Those cabins have been closed and parties who stayed overnight since June 10 have been reached out to by the park or the operator of Curry Village, DNC Parks & Resorts at Yosemite, Inc.

The California Department of Public Health (CDPH) has advised the National Park Service that one of the eight confirmed cases of HPS stayed in multiple High Sierra Camps in Yosemite (a different area of the park than Curry Village) in July, and that the stay in the High Sierra Camps is the most likely source of that person’s infection. This individual exhibited mild symptoms and is recovering.

Yosemite National Park will update its website daily to reflect current information on confirmed cases and any additional important information. The information can be found at http://www.nps.gov/yose/planyourvisit/hantafaq.htm.

In order to increase public awareness and detection of this rare disease, the park is providing information regarding HPS risks and symptoms to parties who made reservations at the High Sierra Camps this summer and parties who are registered to stay before the camps close for the season on September 17.

The park is distributing hantavirus information to every visitor entering Yosemite and notices are posted throughout the park. In addition, a call center has been established for questions and concerns related to hantavirus in Yosemite (209) 372-0822. The phones are staffed from 9:00 a.m. to 5:00 p.m. daily.

HPS is a rare but serious disease that occurs throughout the United States and is caused by a virus that individuals get through contact with the urine, droppings or saliva of infected rodents. Since HPS was first identified in 1993, there have been approximately 60 cases in California and 602 cases nationally. Nationwide, approximately 20 percent of mice carry hantavirus.

According to the CDC, symptoms of HPS generally begin from one to five weeks after exposure. Early symptoms include fatigue, fever, chills, and muscle aches. About half of patients will experience headaches, nausea, vomiting, dizziness and abdominal pain. The disease progresses rapidly (4-10 days after initial symptoms) to include coughing, shortness of breath and severe difficulty breathing. Early medical attention greatly increases the chance of survival in cases of HPS. It is recommended that if a recent visitor to Yosemite National Park has any of the symptoms listed above, that they seek medical attention immediately and advise their health care professional of the potential exposure to hantavirus.”

For additional information on preventing HPS, visit the CDC’s hantavirus website at http://www.cdc.gov/hantavirus/index.html.