By News Staff on December 30, 2013 in Government Agencies/Utilities 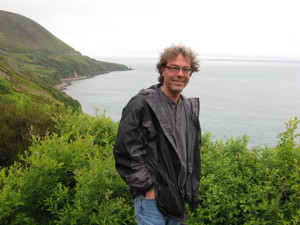 Dan’s family will be hosting a celebration of his life at the Crowley Lake Community Center on Saturday, January 4, 2014, from 3pm to 5pm. Dan passed away on December 9, 2013 at home surrounded by his family, following his life-long struggle with the complications of diabetes.

Please join Dan’s wife, Daphne, his mother and father, Marie and Bob, his sister and brother, Cindy and Bob Jr., and their families to celebrate Dan’s life on his celestial birthday. You need bring only your happy memories of Dan to share with his family and friends.

Dan Dennis, a long-time resident of Crowley Lake and Mammoth, passed away peacefully surrounded by family on Monday, December 9, 2013 in Reno, Nevada, following a life-long struggle with the complications of diabetes.

Born January 4, 1964 in Hoboken, New Jersey, Dan’s family moved to Southern California in 1973 where he attended Loyola High School and Cal State Long Beach.  The family moved to Mammoth Lakes in 1981 and relocated in Crowley Lake in 1999 where they presently reside.

Until his diabetic complications restricted him, Dan was an avid traveler and adventurer  starting back in high school when he spent a summer in Germany as an exchange student.  During his family’s 32 years in this area, Dan took several time-outs to work as an EMT in  Los Angeles and later at a fishery in Alaska. He also spent several years in Kauai where he conducted his own under-water photography business. Even as his health began to decline, he hiked the challenging trail from Cusco to Machu Picchu in Peru, took his mother to Ireland to visit the home of her parents and traveled to Spain, Costa Rica and Mexico with his beloved bride-to-be, Daphne.

Until earlier this year when his medical problems prevented him from continuing to work, Dan was employed by the Town of Mammoth Lakes as its Senior Information Systems Specialist.

Dan leaves behind his devoted wife, Daphne Menden, of Reno, Nevada, whom he wed only last September; his mother and father, Marie and Bob Dennis, his older brother, Bob Dennis, Jr., and his wife Laura Cohen, his younger sister, Cindy Dennis, and her husband, Sean Somers, and their son, Lucas. Dan also leaves behind his beloved canine companions, Bertram in Reno and Bear in Crowley Lake.

A private family service was held at the Walton Funeral Home in Reno. His family asks that anyone who may wish to honor Dan’s life make a donation to the Juvenile Diabetes Research Foundation.