By News Staff on May 3, 2015 in General Misc. Stories, Government Agencies/Utilities, Public Event

The Inyo Supervisors’ “Talking Water” workshop must have been quite an extravaganza to judge by the Inyo Register’s coverage (4/30/15).  Unfortunately, portions of the proceedings were all too predictable: misleading statements by DWP and credulousness by county leaders. 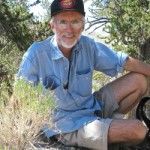 DWP reportedly asserted that no water is being pumped for export.  DWP has made this assertion for years and it is not true. Pumped groundwater indisputably mixes with surface water in ditches and canals and ends up in the aqueduct for export. In fact, some wells pump directly into the aqueduct.

Jim Yannota was quoted, “There is not enough water available to meet all of the competing water demands throughout Owens Valley.”  DWP’s own data contradict him.

DWP’s 2015 Owens Valley Annual Report predicts total Owens Valley water input to be 276,000 acre-feet (af), an increase of 11,000 af over 2014. The report calls for using only 124,400 af in Owens Valley, and exporting 42,400 af down the Aqueduct.  The report gives no data regarding current storage (i.e. Grant Lake, Long Valley, Pleasant Valley, and Tinemaha Reservoirs), though these reservoirs are not empty.

With total input increasing by 11,000 af, DWP’s plan to reduce irrigation water by over 60%, (thereby devastating Owens Valley agriculture) is hard to justify.  If only 124,400 af (out of 276,000 af coming into the valley) are used in the valley, and 42,400 af will be exported, 109,200 af remain unaccounted for, as does all water currently stored in Eastern Sierra reservoirs.

Even ignoring stored water and the unaccounted for 109,200 af, proposed cuts to irrigation could be restored by using a portion of the 42,400 DWP wants to export. Mr. Yannota’s assertion is false and the drastic reductions are not necessary.  DWP is using drought to justify another water grab.

Rather than insist on a credible analysis of water availability, Inyo Supervisors called a public workshop and spent 5 hours doing DWP’s dirty work trying to persuade constituents to accept reduced flows. They invoked the concept of “shared sacrifice.”  They seem to have forgotten that the irrigation to be sacrificed is itself mitigation for previous “unshared sacrifice” inflicted by DWP.

Under the Water Agreement, reductions in flows must be approved by the Standing Committee.  This gives the Board of Supervisors power to refuse the reductions. Please contact you supervisor and ask that the board stop invoking shared sacrifice and, instead, protect the county’s interest by rejecting proposed irrigation reductions.  If the drought continues next year, shared sacrifice may truly be necessary.  Right now, it is a euphemism for “greater exploitation.”

The 109,400 AF of missing water is listed as conveyance losses/evaporation, Evapotransporation(ET) and infiltration. Storage is another matter. Most of the storage may be in Mono County at Crowley Lake (56% capacity) and have requirements on it that benefit that county. There may be obligations for watering the Gorge or… Read more »

Have you seen South Lake recently? I dont understand how any water is flowing out of that lake. Seriously, is there a deep intake pipe , because the water level is way below the bottom of the dam?

A tunnel was constructed beneath the bottom of the lake and a hole blasted through, the lake has drained far below its old shoreline.

Well said Mr. Pritchett
The board of supervisors needs 4 more of you. Credulousness by county leaders is being to kind
Incompetent sounds better.

“They seem to have forgotten that the irrigation to be sacrificed is itself mitigation for previous “unshared sacrifice” inflicted by DWP.” Exactly, LA DWP wants to us to double on our “share” of unmitigated sacrifice while they play a shell game by not counting the acre feet in storage reservoirs.… Read more »

Thank you Daniel for the information . I am looking forward to reading Deb Murphy’s story here on the Wave , on the Tech Group Meeting this morning to see if DWP had any answers to the 109,200 AF of water unaccounted for