By News Staff on January 8, 2012 in Government Agencies/Utilities 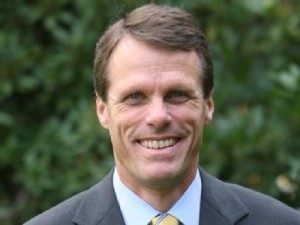 It’s Lights Out for Incandescent Bulbs
by Senator Ted Gaines

As we say hello to 2012, it is time to say goodbye to an old friend, the trusty and dependable 100-watt light bulb. It will disappear into the new, uncomfortably-bright white world of the compact fluorescent light (CFL), where green Utopianism is killing consumer choice, shipping jobs to China, and lowering the dimmer switch on freedom.

The government’s benevolent, freedom-loving message to the people regarding CFLs is this: You can use any bulb you like, as long as it’s fluorescent.  That’s because CFLs are the chief replacement for the traditional incandescent light bulbs that the federal government will effectively ban in stages starting January 1, 2012.

The problem with that Hobson’s choice is that people already have real choices when it comes to bulbs for their homes and they don’t need the wisdom of bureaucrats to light the way for them.

Many are getting by with the same inefficient, global-warming villain known as the incandescent bulb that has only survived more than a century without significant change.  Among things it does that CFLs do not do is glow with a light people actually enjoy and does not give them headaches.  Who would want that when the government says otherwise?

It also doesn’t spill Mercury – a poison – onto the linoleum when it breaks, requiring a scary list of EPA clean-up instructions that include emptying the room of people and pets, airing out the room for ten minutes and turning off any central heating and air systems.  And it’s cheap.

The CFL has its advantages over the traditional bulb.  Energy efficiency is the CFL’s calling card.  It uses a fraction of the incandescent’s energy.  It lasts longer.

The government, though, isn’t weighing the benefits of one against the other, like consumers in a free society do day after day with product after product from candy bars to cars.  No – it has made up consumers’ minds for them and put the fear of global warming above everything else.

What do consumers want?  When standing in the light bulb aisle, with the bulbs sitting right next to each other on the shelves, they ignore the dictates of the green bien pensants and overwhelmingly choose incandescent bulbs.

Apparently, they are suffering from a collective delusion about what product is better.

The ban has all the hallmarks of bad government.  It’s a nannyish, meddling, superior regulation that will force people to buy a product they don’t want for more money.

The green jobs that were supposed to be one of the many blessings of the forced transition were not a myth, however.  They appeared – in China.  Apparently, labor-intensive CFL manufacturing doesn’t pencil out in America.

As we say goodbye to the signature invention of American’s greatest inventor, let’s remember that we won’t lose our freedom all at once, but one light bulb at a time.

Regarding Senator Gaines’ anti-goverment rant California voted to phase out the use of incandescent bulbs by 2018 as part of the bill by a Democratic Assemblyman and signed into law by the Republican “Governator” on October 12, 2007. The phase out of Edison’s light bulb is part of the worldwide… Read more »

Governator was not really a Republican or a conservative, he was a movie star.

The real issue is government micromanagement of every facet of life. We are told what toilets we must use, what light bulbs we must use, ad nauseum, and the posters above do not seem to mind. All for our own good and well-intentioned, you know. But many of the same… Read more »

Yeah, those jack booted thugs at FERC with their foot on our necks telling us that we all have to use 60 cycle alternating current — and they even tell us what voltage it has to be. Time for pitchforks and torches…..

That was excellent, couldn’t have said it better my self. I would like to ask the above posters what kind of vehicles they drive, how they heat their homes, double-pane windows?,etc. The libs want to regulate all that too, if Obama gets his way your 4 wheel drive full size… Read more »

For a state senator, he is remarkably ill-informed about the law. Ken Warner has it right. The law says that bulbs must be more efficient. Nothing tells the manufacturers how to do that. For a long time, manufacturers worked hard to increase efficiency, if only in their manufacturing process and… Read more »

I wholeheartedly agree with the Senator’s Letter to the Editor, bureaucrats don’t need to dictate light bulb purchases to the public- I do, but I opt for CFL and LED because they save me money, which because of years of Republicans in office I don’t have anymore.

Eamon, that was truly a “classic” response! Wonderfully succinct!

so buy some LED’s

…and one more thing. CFL’s are in line to be replaced by LED lighting — not by government mandate but because they are even more efficient, longer lasting, less hazardous and cheaper to manufacture. They also can be made to produce more pleasing light. CFL’s are not the only possible… Read more »

You are ridiculous, and I am disappointed that you are a Senator. This isn’t about controlling our choices or about where light bulbs are made and it’s pretty funny the way you guys spin things. “Now they are sending all of our jobs over seas and supporting China…blah blah blah… Read more »

Gosh Ted, Thank You! This dissertation gives the voters of the effected counties over ten months to read, research, and understand the depth and breadth of your ignorance. As provocative as a sound bite one liner, like: “It’s Lights Out for Incandescent Bulbs” is, it comes directly from the baffoons-r-Us… Read more »

Russ, excellent response and very informative. So far this forum has been chock full of facts instead of simply political polemics. Thanks.

“As we say goodbye to the signature invention of American’s greatest inventor, let’s remember that we won’t lose our freedom all at once, but one light bulb at a time.” so true Mr Gaines We have been slowly losing our freedoms and rights over the last decades, government is out… Read more »

Ok, this is more Republican disinformation designed ONLY to discredit the Obama administration and win the next election. This is a result of the Energy Independence and Security Act of 2007 — note that it was passed during the Bush administration. http://en.wikipedia.org/wiki/Energy_Independence_and_Security_Act_of_2007 Among other things, it requires all light bulbs… Read more »

Ken, what a great way to see the forum discussion begin…with actual “facts”! So far most of the posts on this subject have been “enlightening” and on point. Very good job of putting the facts forward. Also a very good job on links backing up your comments. Don’t miss Eamon’s… Read more »