By News Staff on May 23, 2013 in General Misc. Stories, Government Agencies/Utilities, Letters to the Editor, Public Event

– The following letter to Sierra Wave Media was written by Jim Taylor of Santa Monica:

Councilmember Michael Raimondo has repeatedly expressed his opinion that the town of Mammoth Lakes needs to be ready for developers when the economy turns around. However, his recent comments on the single family home debate undermine his own aspiration. 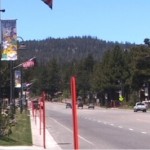 Real estate investors look at a number of complex issues like supply and demand, construction and borrowing costs, projected revenue, etc. before committing to a project. It is a constantly evolving and dynamic analysis. However, in making a decision on whether to move forward, one issue must remain constant– that is the certainty of government regulations. What I mean by this is — are the rules of the game, as laid out by the government, constant or will they change mid-stream?

It is my personal opinion that only permitting nightly rentals in new neighborhoods specifically built for that purpose is smart for the town. (Don’t drive your families out of the neighborhoods, don’t provide your guests an inferior product, etc.) However, more importantly, it is my business opinion that if the goal is to encourage smart growth and development, that you don’t change the rules in the middle of the game, especially when that change undermines the very developers that you are hoping will help grow you out of your fiscal problems. From a business perspective, I am not interested in playing in that game.

It is insane to be asking investors and developers to enter the Mammoth Lakes real estate market, on the one hand, while on the other, telling every homeowner in town that they now have the right to undercut and undersell those same developers.

“Certainty” is a word that is often used when discussing economic growth and investment. The actions of your council members who are supporting the widespread expansion of single family home rentals, along with the CEO of your ski area, are doing the town a great disservice. It is easy for me to say I’m not interested in buying a second home in a neighborhood that has nightly rentals. That is a personal impact to me. But it is quite another for investors and developers to say I’m not willing to participate in your real estate market because of it.

The ski area has a cap on the number of visitors they are allowed by the Forest Service and they already have the third most skier visits in the country, so when the CEO talks about encouraging growth, he is really only talking about being able to raise lift ticket prices. Don’t be fooled, his idea of “growth” is not the same as yours. And if the rules of the game are changed, you will see a flight by not only your single family residents, but also by investors and developers who don’t want to play in that game.

I agree and would like to add that the proposal to expand single family nightly rentals would also undercut recent rental homes developments in Mammoth, such as Stonegate, The Lodges, Crooked Pines, Tallus, etc. Some of those developments aren’t even built out yet, and the town already wants to undercut… Read more »