First, my apologies if you receive this note more than once. I’m using several lists to ensure it’s widespread among those who may be interested in this immediate plan to build and operate a regional waste processing facility in Mammoth. I also apologize for its length. This is a ‘big deal’ issue with many important, relevant points. I won’t go into all, but thank you ahead of time for your consideration as we face an upcoming CLOSED session Town Council vote regarding this matter on Wednesday, day after tomorrow. 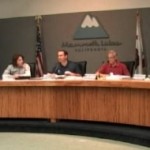 I was recently quoted in The Sheet with my stated concerns during a July 11 Town/County liaison meeting about the Town’s and Waste Connections Inc’s plan to build a new waste diversion/processing facility (referred to as a “materials recovery facility” or “mrf”) in the industrial park adjacent to The Trails, skate park and new children’s playground/park. As an active, long-standing member of the County’s Solid Waste Task Force, and one of the early implementers working with Town staff and Waste Connections (aka “Mammoth Disposal”) to establish the first town-wide recycling program, I’m close to the issue. I’m also a Town resident with a long career and education in resource conservation, including touring and auditing mrfs elsewhere. From this view, I feel the Town’s plan (up for council vote on Wed.) to purchase the land to build a regional processing facility is very ill-advised… for many, many reasons. Notably, we’re in compliance right now and don’t need to build it at this point or in that location; the project’s costs (beyond property purchase) and benefits to the Town have not been publicly identified or weighed; and a regional MRF in that location will most certainly create significant future impacts to the local community – financial, social and environmental.

Building any style of modern waste processing facility (proposed to also include a household hazardous waste collection facility) in this location should be carefully considered and thoroughly analyzed. However, Town Council intends to vote on Wed. whether or not to purchase the property (couple acres adjoining transfer station where wood is currently stored) to site this facility without an in-depth regional analysis or public process. There’s a ‘public trust’ (ironic, isn’t it?) fund that was created a few years ago (we’ve all paid into through garbage bills) with ~$500K currently accrued for the town to buy the property, and as proposed, Waste Connections would make up the cost difference and build the facility. In turn, they would be provided with a 30-year sole franchise agreement to be the town’s sole garbage vendor, as well as operating the facility for the region’s use. As a REGIONAL facility, this is a big deal. Beyond being a outdoor, recreational-based community renowned for its surrounding inspirational environment, Mammoth Lakes would be the region’s waste/recycling processor with the hub sited at the entrance to town. Imagine that.

The two council members who reportedly are driving the mrf planning – Jo Bacon and John Eastman – publicly stated at the July 11 meeting that they’ve been talking about building a mrf “for years” so “it’s time to do something.” Implied was that since they’ve been talking about it for years, it’s the right thing to do. I don’t need to go into the Town’s history here. Strangely enough though, upon reviewing the Town’s newly released “Summary of Decisions and Directions” from their July 8-9 strategic planning sessions, as well as their “Public Works & Community Development Project Update” released late 2012, there are no mentions anywhere of siting and building this facility. Something’s amiss. More disturbing is that although the two councilmen have been talking about it “for years,” both admitted on July 11 that they had never visited or toured a MRF in person :O omg! Several months ago, I attempted to educate both on what a regional facility of this sort would entail so they’ve had ample time for due diligence and to visit a mrf unannounced for an understanding of the real picture. Instead, it appears they are mainly relying on undisclosed input from project proponents, and both are ready to commit the Town to something so significant and costly without knowing what it truly costs, looks, sounds or smells like, or taking it through a public process. Maybe I shouldn’t be amazed, but it’s disturbing to say the least.

During Mammoth’s construction heyday, the town was out of compliance with the State’s mandated diversion/recycling requirements. However, we’re now in compliance and have been for some time according to a recent State update. But if/when construction waste increases, we could fall out again if the waste isn’t properly handled. However, we almost certainly do NOT need to build a costly new facility in the near future in town. There are many less costly options, including more emphasis on waste separation at the source as required by law, but commonly overlooked. With such an effort as is already underway by the County at the landfill, we can stay in compliance for the next few years (at the very least) as we analyze the entire picture surrounding our region’s waste realities, including the mandate to close Benton Crossing landfill by 2023.

Alarmingly, most of the mrf planning to date has been purposefully kept quiet by project proponents (Town staff and Waste Connections) until a recent Trails Homeowners Association meeting forced it into the open. Local Waste Connections manager, Pat Fenton, repeatedly told attendees that town staff who’ve been working to plan the mrf with him (Ray Jarvis, Johnny Goetz and formerly, Dave Wilbrecht) have directed him throughout the process to not disclose any information or plans to the public. And no staff members involved in the project attended the meeting so they couldn’t speak for themselves. However, Town Manager Marysheva-Martinez did immediately begin a public process when she became aware of the already-underway mrf plans and realities and she did request staff to attend (Peter Bernasconi arrived near the end, but it’s not his project), but her public awareness efforts may be late in light of Wednesday’s upcoming council vote.

This is not, as some believe, a NIMBY issue (‘Not In My Back Yard’). Realistically, we almost certainly need to site and build a regional MRF in the future, somewhere in the region, especially if/when we fall out of compliance or when the State’s waste diversion requirements increase from 50% to 75% as forecast for 2020. But a new mrf must be very carefully considered and analyzed, then sited in the most logical location given the MANY impacts and variables, including input from the communities using and paying for it. It’s my opinion that our wisest step right now is to move forward with a qualified, expert, objective, professional analysis of our big picture, regional solid waste realities, NOT voting to purchase the property on Wednesday to give to Waste Connections with a 30-year sole franchise agreement. Waste Connections has no allegiance to the Town’s or local community’s best interest. As a national company, it’s bottom line- and investor-driven. And it goes without saying, the Town could definitely use ~$500K elsewhere.

Although a mrf has been discussed “for years,” town staff and council have never disclosed any identified, calculated costs beyond the anticipated property purchase cost. Nor have they discussed anticipated Town benefits apart from ensuring State diversion compliance and possibly being paid 5% of the franchise fee by Waste Connections (but no one knows this amount). It’s never been publicly defined if/how this processing facility will actually benefit the Town financially, how much it will cost to build as currently planned (definitely more than a few million), and what will be the resultant fee increase on local rate payers. When requested to provide an update to Town Planning Commission last fall about the hushed-up mrf plans, Mr. Jarvis did say that ratepayers would “of course” bear the costs and that “we (the Town) would have to have rate increase hearings.” In the interest of transparency, it’s critical the public has access to this information. Town residents and businesses have the right to know, especially given other financial burdens everyone is already bearing. There are most certainly wiser ways to use that trust fund, unless of course, an in-depth, educated and objective regional analysis, including environmental documentation, finds it to be in our best interest. That’s the place to start – with a regional analysis and public discussions. Not purchasing the property.

If you’re concerned about this plan and believe it should be carefully considered and vetted through a transparent, public process, please let Town Council and staff know immediately before Wednesday’s vote. As you likely already know, Mr. Jarvis and Mr. Goetz are on their way out now, but others, including the Town Manager and all council members, should hear from you if it’s important to you. If not, and the facility is built as currently planned, you don’t have a future right to disparage this regional waste processing facility sitting the town’s gateway with the too-often-heard rhetorical question “How did they let this happen?” “They” are us.

I’ll note email addresses and phone numbers below. Again, thank you for your time and consideration regarding this important Town matter.

Hello all, From time to time I have disposed of many recycle materials, along with general solid waste at the disposal site within the City of South Lake Tahoe (near the “Y intersection”)… This waste disposal/recycle facility is within the Lake Tahoe basin and is held to the highest EPA… Read more »

Well put, however,
Not in my back yard! Trails? Just kike Crowley. Just put it in the Ghetto, Uh$%!#%* I mean Valley sights!

Very informative, thanks. It seems everyone, including Ms. Isaacs, agrees that an MRF will be needed. The question is where and when. If the “when” is “not this very minute” then it makes sense to pause and think about the “where”. A location further out of town not only would… Read more »

Thank you for taking the time to write a long and thoughtful letter Lisa Isaacs. I, as a resident of the Town, very much appreciate when citizens work to keep all of us informed.

Something smells ! Just curious to who owns the property and who stands to profit from the sale of this land ?

The trashing of TOML continues!

Your reasoned and thoughtful arguments fail because you assume the town leadership respond to reason and thought. God only knows what their real motives or rationals are. I’m sure they think they have some but what they could be — God only knows. All you have to do is drive… Read more »

Just like Mr. Potter in the classic story “It’s a wonderful life!” Gregory holds all the cards. And as in any capitalistic system, it’s the money that always wins.

Thoughtful, yes. Balanced, perhaps not. I thought one of the primary issues was the fact that the Town (businesses and residents) are dramatically subsidizing the County’s solid waste system through the tipping fee (given the fact that the Town contributes 70% of the waste stream but does not see any… Read more »