The following letter was submitted by Daniel Pritchett:

As a board member of the Owens Valley Committee (OVC), I was interested to read the recent (10/10/15) OpEd (attributed to Jim Yannotta) defending DWP’s program for new well construction.  The OpEd pointed out: 1) DWP is investing in various techniques to reduce demand for imported water and 2) the Inyo-LA Long Term Water Agreement (LTWA) makes provisions for new wells.  Neither of these points are in dispute. 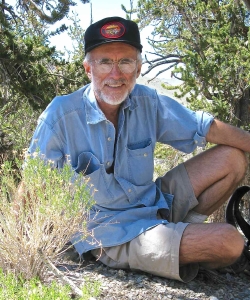 To the contrary, OVC commends DWP for its efforts to reduce demand for imported water by expanding water recycling, storm water capture, and conservation.  Were these forward-looking projects fully funded, DWP could start phasing out its dependence on Eastern Sierra water, and create much-needed jobs in Los Angeles in the process.  DWP chooses, instead, to increase its dependency by diverting money to build more Owens Valley wells.

Mayor Garcetti recently stated on national TV, “We just made peace with Owens Valley.”  Increased exploitation of Owens Valley through new wells is not “peace” but continued violence to the environment and to basic concepts of justice. Does DWP listen to the mayor at all?

The LTWA requires pumping – from new wells and old — be managed so as to avoid creating further significant impacts.  However, DWP and Inyo agree the current On-Off pumping protocol is inadequate to do this.  DWP has no business drilling new wells until it, at least, has a protocol to successfully manage existing ones.  In fact, Inyo and DWP have been attempting — and failing – to develop an On-Off replacement since 2007.

The LTWA was signed 24 years ago yet many of the mitigation measures it (along with its EIR and MOU) requires have yet to be successfully implemented.  A particular concern is the requirement that stands of “tree willows and cottonwoods” be monitored to avoid impacts of water gathering activities. As of 2009 – 18 years after the LTWA was signed — the Technical Group hadn’t even agreed where the trees to be monitored were located.  By this time many of them are undoubtedly dead.  There is no justice in DWP expanding its pumping operations when it hasn’t even met all the requirements upon which existing pumping is predicated.

There are at least two ways Inyo could resist DWP’s latest assault.  It could initiate a legal challenge if DWP fails to obtain necessary county permits. If DWP obtains county permits, the county could then put conditions upon its approval (at the Technical Group) of the operating protocol for the new wells.  For example, Inyo might make approval of an operating protocol contingent upon recovery of water tables and vegetation to baseline levels.  It might also make approval contingent upon development of an On-Off replacement and successful completion all mitigation requirements in the LTWA/EIR/MOU.

These steps would require backbone and determination among county supervisors.  If their constituents speak up, perhaps our supervisors will rise to the occasion and protect the county’s interests.

OVC arguments regarding new wells are available at www.ovcweb.org.

NO NEW WELLS without a honest enviormental study which includes vegetation evaluation and a independent professional opinion of the ground water and aquifers in the Owens Valley. I do not believe that unless Inyo County even if it takes legal action makes DWP abide by the Water Agreement this valley… Read more »

The only way to secure the health of the Owens Valley is to stop any further drilling and shut down all of DWP’s existing wells We don’t need a tree study either to figure that out. As for the Inyo sups needing backbone, they’ll need some serious money too. Can… Read more »