By News Staff on May 23, 2018 in General Misc. Stories, Government Agencies/Utilities, Letters to the Editor

A Letter to the Editor:

A Bigger Issue – A response to the Alaskan Airlines announcement that they are pulling out of our town and the past “Not biting” editorial by Mathew Lehman published February, 2018; re-circulated this week.

Alaska Airlines has announced it “will be exiting six underperforming routes, two of which result in the complete exit of the Mammoth market”. 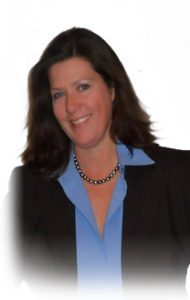 While they state there is also a possible secondary, aircraft issue, it is clear that the reason was the underperforming market. No matter the issue, if we were a viable market with growing enplanements, financial strength, consistent planned commitment to service and good vendor relationships, the flights and Alaskan Air routes would have remained, somehow.

This is sad news for many reasons; not the least of which is our community travel needs.

It goes both ways.

I present that we have a bigger issue at hand: It is our acceptance of an institutional infrastructure whose time has passed and a continuum of ‘same old’ systems.

We have a leadership style which results in the allowance of staff and/or private entities to sway our governmental decisions by having more say and clout than their deserved seat at the table.

To Matthew’s question: “where is the new long-term visitor”? I say nonexistent. The town has made continued blunders of repeatedly wasting money on re-creating solutions without looking back.

We seek out the new guy for restated answers and pay consultants for ‘the golden egg’ time after time instead of vesting in our vision and a solid plan.

We have a history of erratic decision making, taking snippets of symptoms, thus creating misguided resolves, rather than investing the time and energy to define the goals in alignment with our mission as a bigger picture and then following that path consistently, even in the face of adversity, knowing the right outcome would prevail.

Examples of this are abundant, so let me just ramble a few off that I can recollect:

Mammoth Lakes seems to be without the context of commitment and steadfastness to succeed. We lack the integrity of leadership to stand by decisions made with all the facts and for the right reason. These changes are costly and narrow minded.
I understand Matthew’s take was about the change of mindset to Bishop for our airport. While I agree, I am saying it goes beyond a single point. It speaks volumes to our lack of ability to plan the work and work the plan, committing to its success, and making fact based decisions along the way when situations and global trends arise.
I fear we are too eager to listen to the new, squeaky, shiny wheel and toss good dollars after bad to a new idea without remembering our past work or taking the vision into consideration.
We do not fully vet each concept; nor do we consider the complete cost to implement including a change to our direction. We are blindly led by a MLT team who is well-funded from our tourism dollars and also have added director payroll funding by MMSA.
They seemingly take credit for innate growth and good snow years. They apparently do not get outside of a box and do what it takes, but rather just follow a path of least resistance, or worse, a path mandated by a private company with their own agenda, who in past years has been allowed by our leaders to dictate public policy.
Do not get me wrong, I applaud the campaigns MLT have paid good money to have created for us; I just do not see them executed to their capacity.
I also do not blame private corporations. If I owned one and had the ability to control much of the town, I would jump at it too! It is not the fault of MLT, MLR or town staff. They are simply following the low expectations and implicit approval of the town council to attain the status quo without proven direct impact on our ROI.
This is not about whether the airport is in Bishop or Mammoth Lakes. It is not about how much snow we received or other such outside factors. It is about how we operate. Are we an Amazon or a failing Sears as determined by our behavior, habits and actions?
Our Town Council (sitting and past) has continued to accept staff snippets of information and operate without working together to change the over-all mindset of our town government, an overhaul that I for one feel is long overdue.
Losing air service is a symptom of our larger, internal issues.
I challenge our leadership and citizens to be accountable. We must fix our decision making process. We must raise the expectations and mandate our leaders do what it takes.
I demand more involvement by those in charge of our town. I believe we are capable to learn new techniques without recreating a wheel – just a new mindset. We must follow a path that is based on facts with the best future for all of our community in mind.
Let’s start making smart, educated decisions along the way with the strength of conviction, consistency, transparency and integrity. Let’s stop chasing the proverbial squirrel.
There are enough variables requiring assessment along the way without changing the actual vision based on only a smidgeon of the facts. If we continue as is, then we have, well, just what we have: debt for a lawsuit we should not have been in, dysfunction, mismanaged funds, incorrectly anticipated costs for structures and operations and a whole lot of dollars thrown wastefully at changes in our course, not to mention loss of air service.
I bet ‘we’ (MLT and TC) will stomp and rage and react to the Alaska Airline announcement; but let’s not. Let’s not seek to fix the symptom. How about if we figure out why our routes were under-performing and work to fix the underlying issue v. the symptom?
Another airline will have issues too if we are under-performing. The lack of air will hurt me professionally, but I would rather fix us now than go through this again. The departure of Alaska Airlines can be an opportunity. A turning point, if you will. A time to change the status quo and not react by throwing blame or money, but going internal for a period, stop bantering and work together to an outcome we may not all agree with, but understanding it is best for the whole and we agree to be on board with such an outcome once decided.
What a concept… to stop the in-fighting and work together accepting final outcomes. To do this, we must first trust the process. It will take the understanding of how to do this along with hard work, huge effort, time and commitment.
We can come out stronger for it. Isn’t that worth it?
Signed:
Deb Pierrel
A Disenchanted Community Member

Deb Pierrel nails it. Well said, meticulously thought out. Couldn’t have said it better if I tried!
thank you!

Deb, Sorry but you will win no awards for that gibberish. What you are stating is redundant, speculative, opinionated tripe. “Losing air service is a symptom of our larger, internal issues.” (should be – is symptomatic) Deb, I want you to substantiate exactly what you mean with actual facts and… Read more »

Gosh,who all is all so tired of hearing the words “fake news ” ?…especially when it’s coming from and being said on a daily basis from our fake President..

The multi-use facility (not just an ice rink) bids were NOT $25 million and they were rejected as recommended. Please be factual.

After watching countless Council debates over a 2-year period arguing for and against the simple Village Trail from the mountain to the Village, and seeing the Town Council at its best, I’m certain that the use of consultants reaches far beyond the vision of the TC, and the Town staff.… Read more »

Great pearls of wisdom coming from a woman who couldn’t win a Town council seat in Mammoth Lakes and then disappeared for 4 years. What boards have you sat on, what volunteering have you done, what business do you own in Mammoth? What makes you an expert on ANYTHING?

And she still nailed it.

My Eyes Hurt
Reply to  Tinner

She nailed nothing. Unless one has personal experience building and marketing an airport, working with airlines, etc, you’re not entitled to an opinion.

As I recall, Deb served as a member of the Airport Commission, Budget Reformatting Committee, Grand Jury, & probably a lot more than “My Eyes Hurt” has volunteered in the Town. She’s a very long-time resident, & some of her comments ring true for many who have lived here quite… Read more »

My Eyes Hurt, The Dictator.
Ever hear of the U.S. Constitution?
Sounds like, in addition to your eyes, your feelings are hurt too, welcome to life.

Gazoo
Reply to  My Eyes Hurt

I agree committee involvement and volunteerism are strong positives. But Mammoth Lakes and all remote mountain towns have insularity problems. Mammoth’s are the worst, sorry, and have been throughout the decades. It’s a big picture problem, and it seems to be much easier to see from afar. Read the words… Read more »

There’s a terrible saying that every country (or town, city, state, etc) gets the government it deserves. Reading about the planning, replanning, unplanning of Mammoth Lakes TC makes me constantly grateful I don’t live there. But I am a local, and it would affect me adversely if the whole enterprise… Read more »

Erik, we are paying attention while paying “bigly” for the mistakes of those who were supposed to know what they were doing, and then they left town. Maybe they knew exactly what they were doing. We still lack adequate parking, workforce housing, and a 24 hour police department. We got… Read more »

Absolutely spot on! Observations and depth of understanding of failed TOML vision and leadership completely accurate. It takes patience, forethought and experience to plan, stick with the plan, and adjust with that plan still in sight. Governing by 2-5 yr. visions, with only “what can I get from it” partners/backers,… Read more »

It’s easy to lob eggs. Identifying viable, achievable and sustainable solutions is more difficult. I see a lot of the former and very little of the latter in this long winded rant.

I agree. somebody call the wambulance!