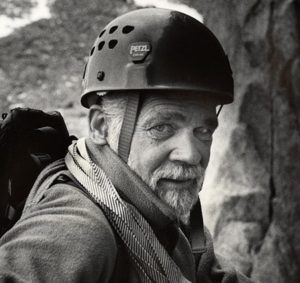 The next of speaker in the series on Saturday March 16th at Edison Theatre is Doug Robinson. Doug, known as “the father of clean climbing,” will speak about his recent book, The Alchemy of Action, which proposes a novel explanation for the risks that adventure athletes undertake – that the chemical reactions in the climber’s brain are the same as those created by psychedelic drug use. Delving into the brain chemistry behind the adventurer’s euphoria, he shares the intriguing story behind why climbers are so much more than “adrenaline junkies.”

“The idea of a ‘natural high’ is more common with runners and other endurance athletes, but it’s the same kind of chemistry that pushes climbers to the extreme,” stated Webb, “Scaling a sheer wall with nothing but your own strength and a few ropes to support you – it gives you the feeling of being on top of the world, in more ways than one.” 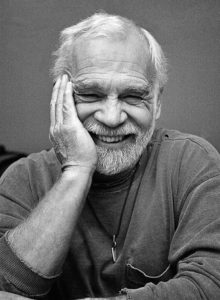 Doug Robinson came to prominence in the climbing world with his article “The Whole Natural Art of Protection,” which sparked the “clean climbing” movement of the 1970’s. Replacing pitons that were doing irreprovable damage to popular climbing areas with aluminum wedges that protected the rock face, Doug made the first clean ascent of Half Dome in 1973 and was featured as a cover story in National Geographic. His first book, A Night on the Ground, A Day in the Open, collected his earlier writings and was named as one of the top 33 Must-Read Climbing Books by Climbing Magazine.

A legendary climber and California Guide, he began to wonder about a question that had fascinated him and many others for decades: Why Do We Climb? He found the answer in the psychedelic natural high achieved from challenging physical exertion and a dash of fear. The Alchemy of Action led him deep into the psyches of all adventure athletes as they push toward the ragged edge of human potential, returning with shimmering new awareness from a heady hormonal cocktail that includes the surprising ingredients of home-made organic psychedelic compounds.