Same sex marriage does not turn up often in the Eastern Sierra, but Inyo County Clerk Mary Roper offered an update to the 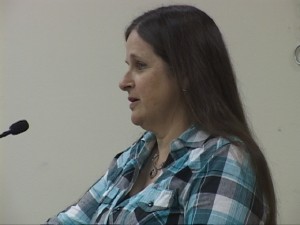 Board of Supervisors this week on the status of Proposition 8.

That was the measure which banned same-sex marriages in California. Clerk Roper, whose office issues marriage licenses, told the Board that on August 4th, a federal judge in San Francisco ruled that the proposition is unconstitutional. He also issued a stay on his own decision to allow for appeals. It is likely they will be filed.

U.S. District Chief Judge Vaughn Walker was quoted as saying that Proposition 8, passed by voters in November of 2008, violated the federal constitutional rights of gays and lesbians to marry the partners of their choice.

Judge Walker ruled that the challenge to Proposition 8 came under the equal Protection clauses of the Fourteenth Amendment. Most suspect this issue will go all the way up to the Supreme Court

Roper said during this legal hiatus her office will not issue same sex marriage licenses. That would only happen if the judge’s stay is lifted.

We work to provide daily news to all of the Eastern Sierra, in the tradition of Eastern Sierra News Service and the Sierra Wave. We bring you daily happenings, local politics, crime, government dealings and fun stuff. Please contact us.
View all posts by News Staff →
CHP Investigators Continue Search for Answers to Tragic Wreck
Mono Environmental Health Clears Lake in Dog Illness