After receipt of a letter that accused him of making secret deals and failure to prosecute an informant, Inyo District Attorney 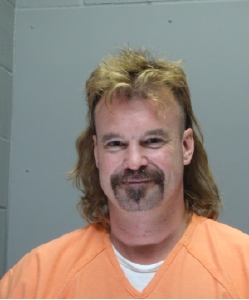 In the Louis Leplat murder case, public defender Neil Quinn of Ventura County came to believe that Inyo District Attorney Art Maillet had cut a private deal with jailhouse informant Daniel Casteel to testify against Leplat. Quinn also concluded that Maillet’s chronic failure to file embezzlement charges against Casteel over a two-year period confirmed a deal had been made.

On May 4th, Quinn sent a letter to DA Maillet. The letter accused Maillet of making a deal with murder case informant Casteel and challenged the DA to file felony charges against Casteel for embezzlement from Nancy Roberts of Sierra Gardens Nursery. Monday, DA Maillet did file charges after waiting for more than a year.

Nancy Roberts’ son, Jim, said, “This should’ve happened while my mother was alive. There were no charges in her lifetime even though there were mounds of evidence.” Nancy Roberts, founder and operator of Sierra Gardens Nursery, died at the end of July last year after the discovery that Casteel had written checks and used her credit cards to spend more than $100,000, according to family members and financial records.

Jim Roberts said Casteel forged the last bad check in June of 2009. Why did it take two years to file charges? District Attorney Maillet has refused to talk to news reporters for the past year and did not return our call Tuesday to ask him about this case.

Neil Quinn’s letter lays out in scathing terms what he sees as Maillet’s failure to prosecute Casteel. Quinn said Maillet had trouble getting past Casteel’s own defense against accusations that he embezzled money from the 80-year-old Ms. Roberts. So, Quinn systematically instructed Maillet, in lawyer 101 terms, how to take Casteel to court. Quinn called it the “classic elder abuse/ embezzlement case.”

Quinn added that Casteel admitted, under oath, that he had used Nancy Roberts’ accounts for purposes for which he was not authorized and that Roberts would not have approved of his expenditures. Quinn called the case against Casteel a “slam dunk.” The lawyer also sent Maillet copies of credit card receipts and checks as evidence of Casteel’s crimes. The timing of Quinn’s letter and Maillet’s filing of charges raised questions.

Casteel now faces charges of grand theft from a person, forgery of an access card, and stealing from a dependent adult, according to court records. Others described the charges, all of which are felonies, as elder abuse, credit card fraud and embezzlement. Casteel appeared for an arraignment Tuesday and will go back to court next Tuesday. He remains in custody at the Inyo County Jail.

We work to provide daily news to all of the Eastern Sierra, in the tradition of Eastern Sierra News Service and the Sierra Wave. We bring you daily happenings, local politics, crime, government dealings and fun stuff. Please contact us.
View all posts by News Staff →
Bureaucrat Beat: Channeling, Shakespeare, and lions
Questions about a reported 10% cut for Town of Mammoth workers