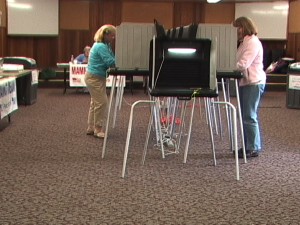 The latest check on who has taken out papers to run for office reveal a race for Inyo District Attorney and a race for Mono Sheriff.

Appointed DA Tom Hardy has taken out papers to run and now so has his Assistant Joel Samuels. Samuels had earlier submitted his name as a candidate for appointment to DA, but the Supervisors chose Hardy. To compound office tensions, Samuels will try for his boss’s job.

In Mono County, long-time Supervisor Byng Hunt has decided not to seek re-election in District 5. His comment to us said, “I have decided not to run again. It has been an honor to serve District 5 and Mono County over the last 15 years. I believe there are very qualified individuals willing to step up, and look forward to continuing to support my community and region in a number of different ways other than elected office. It has been my pleasure to serve my friends and neighbors over the years! The adventure continues….”

Also, as we reported, Sheriff Ralph Obenberger and Mammoth Reserve Officer Ingrid Braun have taken out papers to run for Sheriff. For Assessor – Bob Musil and Barry Beck. For District Attorney, Tim Kendall. For County Superintendent of Schools, Stacey Adler.

Petitions must be turned in on February 20th at 5pm. Nomination papers become available February 10th and are due back on March 7th.

We are very happy to hear that a highly qualified candidate, Ingrid Braun, is running for sheriff in Mono County. The voters will have a choice to make, and we hope they will choose a change in how the department is run and vote for Ingrid Braun.

Sad that there are positions in Inyo that will be unopposed. Shades of Mammoth Lakes.

I’ll put the over/under on total votes cast for Joel Samuels at 100.
That maybe to high. 🙂

I’ll give them all credit for running for public office, because I would rather kiss a rattle snake.

That is excellent news about Braun. And as to “bad habits” learned from LASD or LAPD, is that the same LASD that Obenberger spent 15 years at pushing a black and white? Yes, LASD and LAPD are huge operations, with the LASD employing 4,000 more people than Mono County has… Read more »

It could also be 21 years of learning bad habits from LASD and LAPD. Neither department has a sterling reputation, and for good reason. The things the current sheriff are accused of are lost in the noise of the kinds of abuses that seem to be part and parcel of… Read more »

The bigger the barrel, the more bad apples you’re gonna have…Ingrid’s reputation with the LAPD is spotless and her job was to GET RID of those bad apples. If she’s elected, I suspect there will be a few less apples in the Mono County barrel.

I am so pleased Ingrid Braun has taken out papers to run for sheriff. There definitely needs a change of leadership in that department. She has 21 years of experience with LAPD. A department that handles more crime in a month than MCSO sees in a year. It is a… Read more »