A GoFundMe fundraiser for the Death Valley National Park campers whose trip ended in disaster last week has provided a few new details about what happened to the couple. 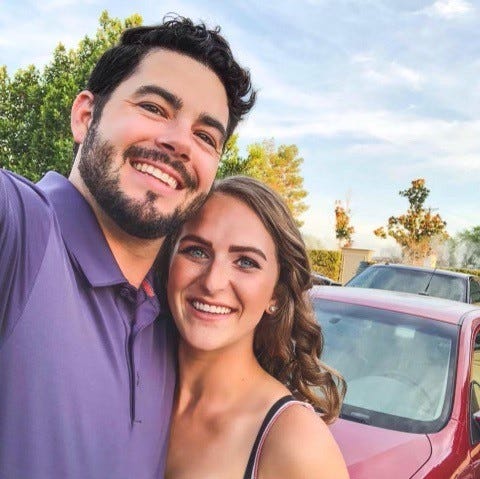 A few new details of the accident provided by the brother of Emily Henkel on Facebook and a GoFundMe page set up on behalf of the couple and their families. Sadly, Alexander Lofgren succumbed to injuries before he could be rescued. Emily suffered a severe foot injury.

After a three-day search by multiple agencies for the missing couple in Death Valley National Park ended in tragedy Friday when authorities announced that hiker Alexander Lofgren was found dead from his injuries, but that his girlfriend, Emily Henkel, was rescued.

The GoFundMe campaign set up for the couple was created by Emily Henkel’s brother Chris Henkel. After explaining how the couple’s Subaru became stranded with two flat tires in a remote region of Death Valley, Henkel and Lofgren “…tried to make it through Willow Creek Canyon to the nearest road for help.”

Chris Henkel explained on the GoFundMe campaign site that Lofgren passed away during the attempt, and his sister Emily “…suffered a severe foot injury requiring surgery.” No other details have yet been released by the family and the case is still under investigation by the Inyo County Sheriff’s Office. No further details have been released on Henkel’s condition. Sierra Wave is awaiting a response from the Inyo County Coroner’s Office on when the coroner’s report on Mr. Lofgren will become available.

As of 11:30 p.m. last night, the GoFundMe page, “Support for Emily Henkel and Alex Lofgren’s family,” has raised a total of $28,433 raised of $100,000 goal. As explained by Henkel’s brother, the funding will be used toward medical expenses, rescue efforts, memorial services and supporting the couple’s family.

Chris Henkel wrote on his Facebook page that “We are overwhelmed by the willingness of friends and family to help Emily, and Alex’s family after their accident last Sunday, and the search and rescue effort that followed,” and went on saying, “I would like to honor Alexander Lofgren for being such a loving, strong soul. For serving his country, and protecting my sister to the end.  I will forever be grateful to him with all my heart and soul.” He also noted that support can also be sent directly to Emily via Venmo @emilyhenkel.

Sierra Wave will continue to follow this story and provide new information as it becomes available.

Emily Henkel has graciously and bravely shared her story, and to dispel the speculations and rumors that are circulating the internet. The devil met her there in the rocky canyon and yet she miraculously received the grace and strength to persevere and live! Below is the link to a PODCAST… Read more »

Very compelling story of survival. Thank you for sharing this. Many have been wondering about the details of how this rescue unfolded. It speaks to the reliance that many people have when placed in very difficult, life-threatening situations. It also reinforces what many of us that live here feel about… Read more »

I’m here from a Google search because the original story in page after page of publications offered no information for how Mr. Lofgren died or any mention of “dogs” though the lone picture of the vehicle clearly shows dogs. I am the interested reader, and I’m left with obvious questions.… Read more »

I too was deeply saddened when this rescue was on all news outlets yet frustrated will the many “gaps” of information. This story is a warning to all of the importance of the irreversible decisions we can make. The Devil tried to meet her in that canyon, yet even still,… Read more »

It was a tragic accident that took this mans life. I wonder if the Eastern Sierra visitor center was open maybe these people could have gotten some advice about where they were going? Maybe we would have a better outcome? Another man died on Whitney recently as well. The Eastern… Read more »

This is such a strange case (2 flat tires, unexplained death, couple found on a steep ledge?), I hope the SW will follow up on this story when the info becomes available. Its already been nearly a month.

Not all stories we cover can be followed up beyond inquiring on the welfare of the victims. There will be an investigative report from the Inyo County Sheriff’s Office. Sierra Wave reached out to the family through Ms. Henkel’s brother, to express our and our readers and listeners’ condolences on… Read more »

Every Year
Reply to  steve s

Unfortunately Steve, this tragic story is not “strange”, unusual, or uncommon in our area. Search and Rescue gets called out to Death Valley at least few times every year. This website has many of the stories. Sometimes the people find help or help finds them. But not always. Some are… Read more »

It is so sad when things like this happen here in the Eastern Sierra and Death Valley. That it happens to anyone is bad, but to see a young couple suffer this heartbreak is especially heart wrenching. How many of us have gone camping with our loved ones and have… Read more »