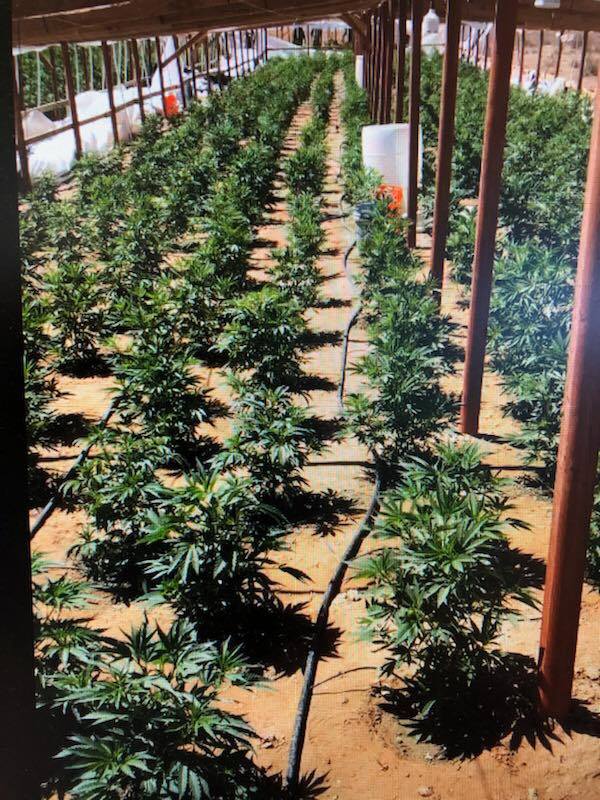 Following is the official press release from the Inyo County Sheriff’s Office: June 1, 2021

INYO COUNTY, CA, June 1, 2021 – On March 10, 2021 the Inyo County Agricultural Office was notified of a large illegal marijuana cultivation operation in the Charleston View area of Inyo County. The operation had no county or state permits to cultivate marijuana.

Investigators obtained search warrants and on May 27 the Inyo County Sheriff’s Office with assistance from the Drug Enforcement Administration (DEA), California Fish and Wildlife, Bureau of Land Management (BLM), Inyo County Agricultural Commission and personnel from the Cal Cannabis and Habitat Conservation Unit
served the warrants at each of the locations.

During the service of the search warrants, 15 cultivators were detained, identified, interviewed and released at the scene. Additionally, five handguns and one rifle were seized. 17,450 plants were eradicated from 31 grow structures from the three separate sites. The estimated street value of the seized marijuana was $34,900,000.

The Gathering of the Burros (Wild) to Save the Ecosystem
Why Illegal Marijuana Grow Sites Are Dangerous to People, Animals, and the Environment
1 Comment
Newest
Oldest Most Voted
Inline Feedbacks
View all comments