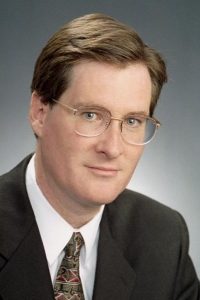 Inyo County’s Judge Brian Lamb has been publicly admonished by the Commission on Judicial Performance for “failing to timely act in three cases and by signing two false salary affidavits.”

The Commission has a tiered system of discipline according to Gregory Dresser, the Commission’s chief counsel. This was Lamb’s third strike for similar conduct. He received an advisory letter in 2006 for going 22 days beyond the 90-day requirement for action in a family law case. A private admonishment was issued in 2015 for a six month delay in another case.

The public admonishment is, basically, a stand-alone, with no fines or action imposed.

The decision states “Under California law, judges are expected to decide matters submitted to them within 90 days of submission and are prohibited from receiving their salaries when they have undecided matters under submission for more than 90 days.”

Lamb and his attorney contested the decision before the Commission on June 26 with the defense “he lost track” of the three family law cases.

According to the decision, Lamb lost track of a divorce case for 14 months. In another divorce

case, Lamb was reminded of an outstanding statement of decision in June 2017. During that hearing, the parties “described the negative impact of the delay.” Lamb delayed another three months before issuing that final statement. In the third case, Lamb went over the 90-day requirement by two months despite court operations manager and presiding judge had reminding him of the deadlines.

Lamb’s defense for signing false salary affidavits was he did not know the affidavits were false when he signed them. The Commission’s decision indicated unaware was not a defense.

Judge Lamb is an honorable and hardworking person and he tries to be fair. We only have 2 judges here and they have a high caseload. I know Judge Lamb has a reputation for being slow, that does not mean he is deliberately playing the system, in fact I am… Read more »

So, Old Timer, why has this “honorable” man – an elected Superior Court Judge – not issued a statement explaining his deceitful behavior and apologizing to the public for it? And, Old Timer, if you are aware of “pretty crooked people” in Inyo County law enforcement, why do YOU not… Read more »

So, will the “honorable” Judge Lamb do the honorable thing and resign?

I have always found Judge Lamb to be a man of integrity and a person who carefully considers every aspect of a case before making a decision. Before crucifying this gentleman, I would suggest that perhaps there should be a little research into what the court calendar and staffing looked… Read more »

I’m confident the Commission on Judicial Performance was looking at the “big picture” when it decided to publicly spank Judge Lamb.

Twice before the Commission had warned him not to bear false witness.

Guess he didn’t get the picture.

I really can believe that most of you are not shocked at his actions. I mean he’s a judge.. he must be right. Except when he lying to her payed.. that’s right.. he lied 3 DIFFRENT TIMES and was caught at least 3 different times.. then uses the same line… Read more »

You should learn how to spell.

Apparently 13 outa 4 could understand.
BRIAN LAMB IS GUILTY OF PERJURY. Not once, NOT twice.. BUT 3 TIMES. and your worried about spelling… your a special kinda stupid .

Equal Justice Under the Law

Perjury – a felony – plain and simple. Three times. His honor should be in jail.