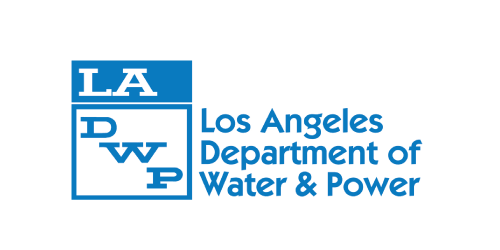 For more than 20 years, LADWP has been funding and implementing effective dust control measures at Owens Lake in Inyo County as part of the Owens Lake Dust Mitigation Program. Since the dust control program began, LADWP ratepayers have spent more than $2.5 billion and successfully reduced dust emissions from the lakebed by 99.4%. Despite this achievement, Great Basin has refused to acknowledge the success of the program and instead has issued a series of orders and associated fines that demonstrate a clear pattern of overreach of its regulatory role.

“Enough is enough. Angelenos have spent over two billion dollars to control dust at Owens Lake.  Great Basin is now attempting to squeeze Los Angeles families for even more money, while disregarding the objections of Indigenous peoples and the fulfillment of our regulatory obligations,” said Cynthia McClain-Hill, President of the LA Board of Water and Power Commissioners. “More than 20% of our ratepayers live below the poverty line, and we cannot allow the people of Los Angeles to serve as a blank check for Great Basin’s illegal orders.”

As the regulatory agency for Owens Lake, Great Basin is obligated to follow the law, its own rules and the terms laid out in a 2014 Stipulated Judgment before ordering projects and imposing fines. With this latest order, the District’s actions disregard a Superior Court decision issued just three weeks ago, violate the District’s own rules, impose exorbitant fines on Los Angeles ratepayers and demonstrate a complete disregard for potential harm to Indigenous resources. LADWP strongly disputes Great Basin’s illegal actions and its unwarranted attempt to further fund its agency on the backs of Los Angeles residents, who fund 80% of Great Basin’s annual operating budget, including their attorneys and legal fees.

A small portion of the land used for the Owens Lake Dust Mitigation Program has been found to contain significant cultural resources of Indigenous peoples. Since 2018, LADWP has been working cooperatively with local tribes to achieve a tribal-led solution to air quality mitigation projects on these lands. One of these tribes has refused to allow dust control projects that could disturb sensitive cultural resources and stated it was disenfranchised by Great Basin’s actions. Still, Great Basin issued an order to compel LADWP to construct non-EPA approved projects on these lands without tribal consent, and the regulator has since levied $1.4 million in illegal fines against LADWP ratepayers for standing by the tribe’s wishes and complying with the law.

“LADWP has been a committed partner in the Owens Valley for decades, collaborating with local tribes and regulators to efficiently manage the region’s cultural and environmental resources,” said Paul Liu, Manager of the Owens Lake Dust Mitigation Program. “We are shocked to see Great Basin attempting to mandate that LADWP act in opposition to the requests of our tribal partners.”

Last month, the Sacramento Superior Court issued a ruling that refused to uphold the fines that Great Basin had attempted to issue against LADWP ratepayers and concluded the Stipulated Judgment did not contain terms relating to how the regulator could order mitigation of the areas with known cultural resources in future. This most recent action from Great Basin is yet another attempt to circumvent the proceedings of the court and levy fines against Angelenos.

Due to a law passed in 1983 (SB 270), Great Basin is the only air district in California with a specific budget stream that is directly funded by the individual ratepayers of a single regulated entity, and that same law made it possible for Great Basin to force Los Angeles ratepayers to pay 100% of Great Basin’s attorney fees regardless of the outcome of the case.

“attempting to illegally impose $1.4 million in fines against LADWP”
Quite the fantasy DWP has going on. And they plan on increasing groundwater pumping etc. DWP continues to ignore decades old agreements. DWP press release is, of course, in bad dishonest faith in every aspect.

Steve What you say there is true..an interesting place to see and visit.. I once went on a “tour” of the area with a really cute water-truck driver wearing a camouflage baseball cap ,and saw lots of things I didn’t know were there to see..while drinking Gatorade and eating grapes… Read more »

If LADWP ever sold off land it would be crooked as hec you can bet on it.

Just flood the lake with water and be done with it

Are the steamships back!?! Can we watch the Bessie Brady!?!

Great Basin is doing great work for all of us in the Valley. This is a nonsense press release from the department. Keep it up GB!

Are you kidding me? Maybe LADWP shouldn’t have sucked the water out of Owens Lake to begin with. They have procrastinated and slowed this project for years. We have all paid for it! Yes LADWP you have thousands of paying customers in the Owens Valley too. If you don’t like… Read more »

No mention in the press release that they drained the lake, no mention what a complete disaster they’ve created, just whiny dishonest drivel repeating itself like they’ve repeated for decades throwing victim cards like confetti.
DWP has no credibility whatsoever.

Respectfully, this would be a great story to add a little journalistic context to, rather than simply running a LADWP press release with their preferred headline.

Deb Murphy wrote a journalistic story that was posted on Oct 3. Sierra Wave Media posts all Press Releases exactly as they are received, including the submitted headline. Nothing is rearranged, added or taken away. If and when Great Basin Air Pollution Control District submits a Press Release it will… Read more »

The format of the headline is the same format as for your news stories. That makes it look like a news story. You should consider press releases include a headline of something like “Press Release From ______” and leave it at that. Regarding this press release, LADWP is hiding behind… Read more »

Thanks for the suggestion of using “Press Release From” as part of the headline. When we publish a press release it will always show in the “by” line. But that is smaller font and I certainly can put it in the headline as well.

Your use of grammar, spelling and punctuation in this reply is atrocious.

You are so right about this reply. Sometimes the “writer” proof reads and sees what they thought they wrote. I can spell but sometimes my fingers can’t. Thanks so much for bringing it to my attention.

Deborah A Murphy
Reply to  Hans

Comments from Great Basin and Tribal members to come.

Ask a Parent
Reply to  Hans

Hans, Since so much “journalism” these days actually belongs in the Editorial section, and has so much spin on it it is not “news”. A press release is a press release, it should not be paraphrased or editorialized by the journalists. It is not their place. To John, not a… Read more »