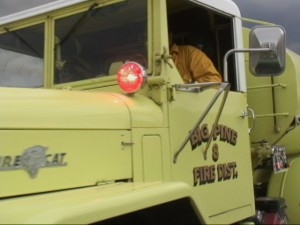 Earlier in September, the John Fire burned more than 5300 acres west and south of Big Pine.  The fire had threatened homes in the Birch Creek area but never reached them.  The Department of Water and Power has replied to Sierra Wave’s questions about the start of the John Fire.  Public Information Officer Chris Plakos released this statement:

“On Tuesday, September 13, 2011 at about 1:30 p.m. a Los Angeles Department of Water and Power crew was trimming brush around the LADWP’s transmission lines approximately three miles south of Big Pine on the west side of Highway 395. While the work was going on, it appears as if trimming equipment hit a rock, causing a spark that ignited a fire. When the crew realized that a fire had started, they quickly accessed shovels and fire extinguishers they had nearby at the work site to try to put the fire out. However, when they attempted to fight the fire it began to spread very rapidly. For their safety and to avoid injury and property damage they called for firefighting assistance and evacuated the area. In addition to responders that included Cal Fire, the U.S. Forest Service, Bureau of Land Management and local volunteer fire departments, the LADWP responded with 14 employees, six water trucks, a dozer and two water pumps. The LADWP is evaluating how similar work in the field is conducted to insure that all safety and security issues are addressed. Cal Fire continues its investigation into the fire and will make an official determination as to the cause. Additional information will be released as soon is it is available.”