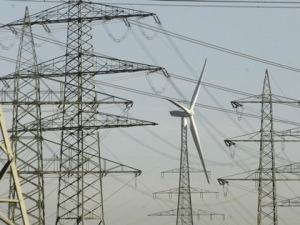 According to officials, it’s a new day at the Los Angeles Department of Water and Power where costs have gone up and most see rates will too.  DWP has begun to hold public meetings throughout its service area to talk about costs and rates.  Such a meeting will take place in the Eastern Sierra at the Tri-County Fairgrounds Monday, July 18th.

In a press release from DWP, the utility states that “The power industry in California and nationwide is undergoing a total transformation.”  The release refers to unprecedented and new legal mandates and the need to “replace aging power infrastructure to maintain strong reliability.”  DWP officials say they want to hear the public’s priorities.

You can check out more on this at www.ladwp.com/laforward.

In an opinion piece in the Los Angeles Times, writer Jim Newton reveals more.  Newton says DWP faces rough state mandates for renewable energy, obligations to restore the Owens Lake, increasing claims on its most expensive source of water, the Colorado River, and the huge need to replace power poles and water mains.  Newton writes that the only solution is rate hikes.

New DWP Manager Ron Nichols has been hosting meetings across LA. It is unknown if the top man will come to the Owens Valley meeting. Nichols admits the first reaction to rate hikes is resistance.  He points out that LA pays less for water and power than anywhere else in California.

Nichols is quoted as saying that mandated costs will push up electric rates by more than 15% over the next three years.  The DWP meeting in the Owens Valley happens Monday, July18th, 6:30 pm at the Tri-County Fairgrounds.

a total transformation, costs have gone up, need to replace aging power infrastructure, new legal mandates, public meetings throughout its service area, The power industry in California and nationwid

I’m not sure who you are labeling villain. I don’t claim to have the depth of understanding necessary to grasp the crux of the issue you’ve presented. But I found this — http://allianceofcaliforniajudges.com/Editorial_031511.pdf Last year, the Alliance of California Judges fought for a legislative audit of CCMS (California Case Management… Read more »

upthecreek Another spectacular blog that doesn’t have anything to do with anything. Short term memory is must be gone. The only two things you can remember is Bob is good and pensions are bad. I have to give it to you. You are now a two trick pony. Keep up… Read more »

The random hate and anger in these blogs is startling. Where does it come from? Why do most of you express yourself such? What satisfaction do you get from it?

Rob- I’m retiring from 35 years in public postion at the end of the month. As I’m filling out my PENSION paperwork, I’m smiling and thinking of you. Keep paying your taxes little man so that I can keep receiving my huge monthly check to support my fishing and hunting… Read more »

Good for your Mr Pension Man.. You just better hope the Little man is around to keep your checks coming in.. It is just a matter of time before the system implodes and it will be UGLY. Also Iam sure you are leaving with some type of disability to avoid… Read more »

Inyoear – I’m not so little,

Enjoy your time off. It doesn’t get much better then hunting and fishing.

Here’s one web page that outlines the relative costs of various forms of electrical energy production. It might not be completely accurate and I’m sure that these kinds of estimates change weekly as all the technology involved continually evolves. Nuclear is currently highest overall and we get about 20% of… Read more »

Benett – even if you’re right about DWP’s real financial situation Mono and Inyo Counties have never forced and have had little influence over decisions LADWP has made in the past. I don’t expect that to change much in the future either.

Wrong Pancake, most people who pay into pension plans also pay into Social Security and Medicare. I disagree that SS and Medicare are “entitlements”. We pay in, and properly invested and managed, we should get something out. This is the same with pension plans.

Sorry I didn’t lay the sarcasm on thick enough, I has trying to point out that these programs are the same as a pension. We are on the same page.

Dear Agitated Pancake I beg your pardon both myself and my husband paid into a pension plan at work and Social Security. Some professions are able to not pay into Social Security because of union contracts. Please get your facts straight before you put your foot in your mouth.

A little more research shows I stand corrected. It is also my understanding that you will receive a reduced benefit from SS because of your pension. So it appears its better to negotiate out of paying into the system and putting that money in a 401 or 457?

Pancake I don’t know where you get your misinformation but SS and pensions are different. What you pay into SS and what you get in return has nothing to do with what you pay into or get out of your pension.

Surrounded by ? – I’ve only been in Rusty’s once and that was 30 years ago, but I hear it hasn’t changed. I have zero debt and pay my own health insurance. And I’ve earned, invested and saved plenty as a private sector employee. I’m sick and tired of paying… Read more »

Rob, We might check on DWP’s real financial situation before blaming people who want alternative energy. It’s not a bad thing to look for ways other than coal and oil to fuel our lives. DWP gives a hefty payment to the City of LA every year – in the hundreds… Read more »

amen to that Rob

if Social Security and Medicare is so great .WHY do we have public pensions.

THE SYSTEM IS RIGGED.

Those paying into a pension plans don’t pay into social security…and don’t receive it. I believe both of those entitlements need to go away, along with most social(ist) programs.

Are you calling PUBLIC Pensions a socialist Program??

The public pension eaters will vote your post down but not a single one of them will answer your question.

The entire arrangement is ass backwards.

Yet again Rob, I feel I must remind you of things you’ve conveniently left out. Like the fact that public employees paid into the pensions they “eat”. Just like you or I can pay money toward a retirement account. They also pay into Social Security and Medicare. In fact, for… Read more »

Rob, First a little disclosure, my Dad is a public employee. Second, open a window, I think you need some fresh air. “While public servants you continually and constantly spent money you didn’t have” is perhaps the most poorly thought out statement I’ve ever heard. Many public employees were living… Read more »

Bob – it’s not a fact public sector jobs pay less then their private sector counterparts. Perhaps in the past, but it hasn’t been that way for quit some time. When the economy tanked I took a 20% cut in my private sector job. We do have common ground though..… Read more »

Rob- It is indeed a fact that public sector jobs in California pay less then their private sector counterparts. Many took a hit in the private sector when Wall Street pulled everyone’s pants down. But many in the public sector did as well. So without further ado, here’s a few… Read more »

Nothing better than “just the facts”. Thanks

Throw the pension/benifits numbers in with those figures and you’ll get a different results. But yes it’s a pretty sweet pot.

California robbed CalPers because they can’t live within there means. That should be an issue to even you.

Rob- I don’t think you’ve researched the actual costs of which you speak. The company I work for pays for my health insurance, and matches my 401K contribution to a point. However when California (which by the way has a nasty track record for not living within it’s means, a… Read more »

I find that usually those people who complain about pension plans are those that wish they had one. The people who have pension plans have worked all their lives to get it. Why do some people they these workers not entitled to it? I have to wonder of those like… Read more »

Lee that’s a tough post to disagree with. However the issue is public sector pensions. If you’re pension is through the private sector more power to you. However I know of very few private sector business that pay pensions unless they have a monopoly or primarily contract with the government.… Read more »

One trick pony rears its ugly head in this story also. Are all of the world problems caused by pensions? Rob/creek you still haven’t given any firm answers to the question I posed to you before. What is it you think the pensions are taking from you personally? I will… Read more »

“According to officials, it’s a new day at the Los Angeles Department of Water and Power where costs have gone up and most see rates will too. DWP has begun to hold public meetings throughout its service area to talk about costs and rates. ” The only costs that have… Read more »

Now they want to take more of our water and our money. i hope they choke on both!