LOS ANGELES (April 27, 2021) — The Los Angeles Department of Water and Power (LADWP) Board of Commissioners voted today to approve the environmental impact study for the Mono Basin Water Rights Licenses project, further advancing one of the largest environmental restoration projects in the Eastern Sierra. The project includes a structure at Grant Lake Reservoir in the Eastern Sierra Nevada Mountains which, once completed, will fulfill LADWP’s commitment to a landmark 2013 Settlement Agreement that brought numerous diverse stakeholders together to chart a unified path forward for the final stages of stream and habitat restoration in the Mono Basin. 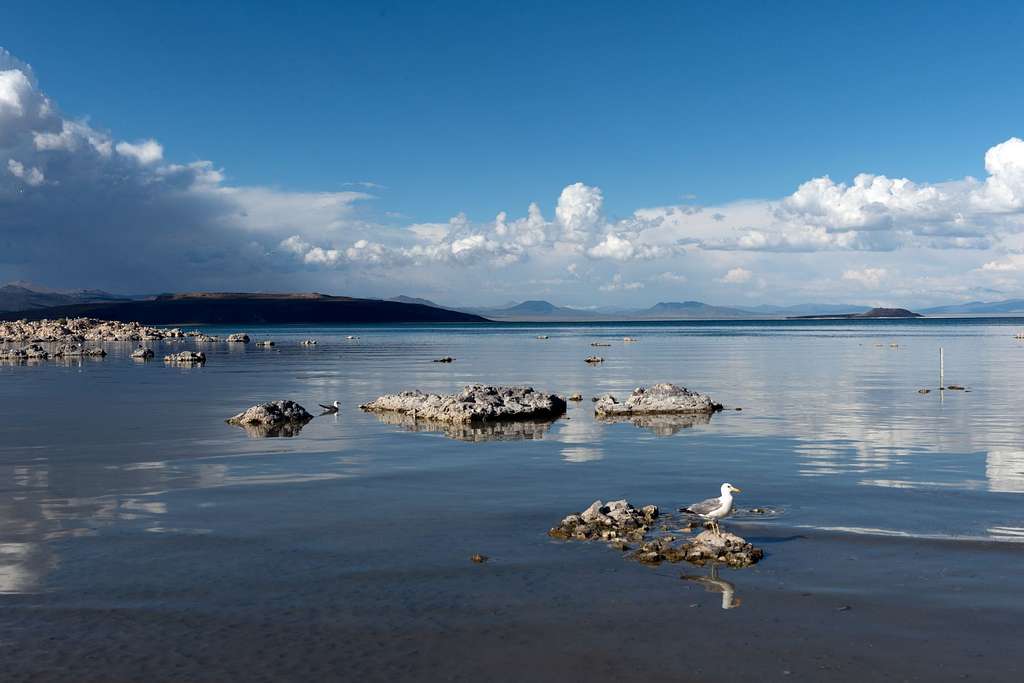 The Mitigated Negative Declaration (MND) environmental document that was approved today studied all potential environmental impacts of both building and operating the Grant Lake spillway structure. The studies found that short-term and long-term impacts were “less than significant” when coupled with specific mitigation measures. The MND also provides the State Water Resources Control Board with the tool it needs to adopt the proposed Water Rights Licenses 10191 and 10192 while ensuring the ongoing protection of the region’s public trust resources, as required by state law.

“The approval of the environmental documents marks yet another step in our mission to contribute to the environmental restoration and prosperity of the Mono Lake area,” said Cynthia McClain-Hill, President of the LA Board of Water and Power Commissioners. “We are proud to play a hand in implementing the infrastructure necessary to further protect California’s natural resources and ecosystems.” 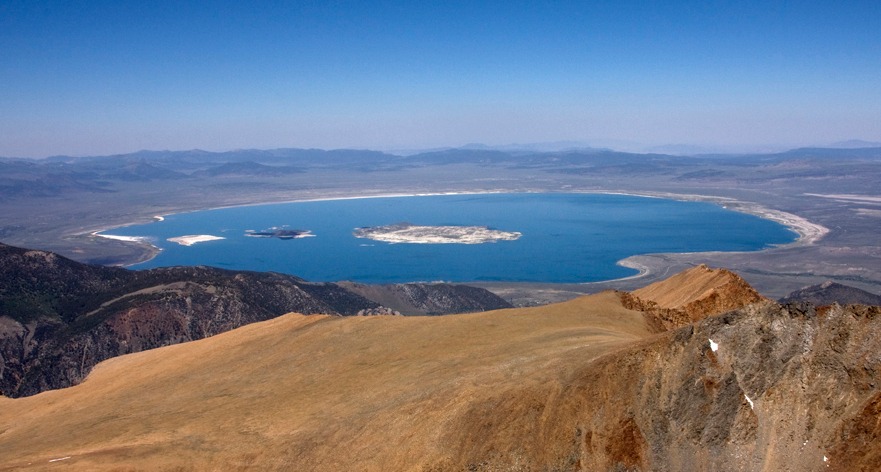 Mono Lake viewed from the summit of Mount Dana. (Wikipedia)

The Mono Basin is a unique region in the Eastern Sierra Nevada Mountains which includes Mono Lake, Grant Lake Reservoir and a system of streams that flow throughout the region providing recreation opportunities and water supplies for the Eastern Sierra and the City of Los Angeles. Similar to the rest of California, Mono Basin has seen declining snowfall and rainfall in recent years, resulting in less water for streams, rivers, lakes and tap; just this year, the region’s runoff is 58% of normal.

The next phase of the project includes construction of a new spillway gate structure that allows for increased control of flows from Grant Lake Reservoir, through Rush Creek and into Mono Lake. The structure will be used during specific wet year conditions to deliver higher flows as recommended by the state and outlined in the 2013 Settlement Agreement.

As part of the environmental review process and in order to present an accurate and transparent CEQA document to the state, LADWP also reevaluated the 1994 lake level modeling. This reevaluation found a discrepancy between forecasted and actual elevations in Mono Lake. In 1994, the State Water Board estimated that the longest period to reach 6,392 feet was 38 years or 2032. This model, however, did not take into account potential uncertainty in hydrology – for example, the severe drought of 2012-2015 which resulted in a decline of Mono Lake of nearly 6 feet. Today, new, more accurate modeling suggests that Mono Lake will reach the 6,392 feet elevation on average in 22 years from now (or by 2042). The project, however, does not change any existing Mono Lake elevation criteria or export agreements.

For nearly 40 years, LADWP has worked with local partners to restore and preserve the natural beauty of Mono Basin. During that time, the utility has invested in dozens of restoration projects, while exports from Mono Basin have been reduced by more than 80%. The water instead now remains in Mono Basin to support environmental restoration projects that improve the ecological vibrancy of the region.

Thanks in part to LADWP’s commitment to the region, Mono Lake and its tributaries offer abundant resources for the unique water birds nesting on shore, and a healthy environment for the plants and fish to thrive. For the last 20 years, water elevation in Mono Lake has been an average of 10 feet higher than its lowest point in 1981.

Species populations have returned to Rush Creek as flows have been restored, and state-appointed scientists have determined that fish populations are reproducing naturally.

After decades of restoration, LADWP engaged in a dialogue with the Mono Lake Committee, California Trout, and the California Department of Fish & Wildlife to align on a path forward for the final stages of restoration in the Mono Basin – a process that resulted in a landmark 2013 settlement agreement that sought to memorialize the restoration of the Mono Basin. The Grant Lake Reservoir spillway enhancement represents the final and most important project that will fulfill LADWP’s commitment to the agreement.

“Today’s announcement is a direct result of LADWP’s commitment to our restoration and preservation efforts in the Mono Basin,” said LADWP General Manager Martin L. Adams. “We take seriously our responsibility to be stewards of the environmental prosperity in this area, and today’s decision is the next step in advancing this crucial effort.”

LADWP has also made significant investments in expanding local supply projects and reducing water usage in Los Angeles to reduce reliance on exports. LADWP has a track record of being a leader on protecting long-term water supply reliability through water recycling, stormwater capture, groundwater replenishment and conservation. The results of that work are clear: Over the past 30 years, Angelenos have cut their water usage 40 percent, even as the City’s population has increased by a million people and as California readies for another dry year, thanks to these investments and diversification, Angelenos are well prepared.

Please note it is not the sierra Nevada “mountains” but the Sierra Nevada Range. There is a difference. That’s why Sierra should never have an “s” added unless one is referring to multiple Sierran ranges, like the Sierra Madre and Sierra Nevada.

Shelly, thank you. That redundancy annoys me too. Not surprising DWP spin masters would make that error.

“Thanks in part to LADWP’s commitment to the region, Mono Lake and its tributaries offer abundant resources for the unique water birds nesting on shore, and a healthy environment for the plants and fish to thrive.” That’s rich. Does LADWP seriously think they can press release their way around the… Read more »

They own the land and the water rights, how is that “water grabbing”?