As expected, the Inyo Supervisors appointed Inyo Deputy County Administrator Kevin Carunchio to the top spot, once current CAO Ron Juliff retires at the end of the year. 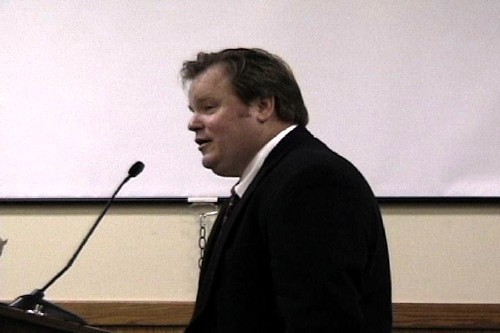 The courthouse grapevine had instantly predicted Carunchios appointment after Juliff announced his plans. Inyo Supervisors feel cash-strapped, and it is unclear whether they intend to replace Carunchio when he ascends to the top administrative spot.

In a press release, officials announced the appointment of Carunchio. The release says that the Board of Supervisors will act upon a standard county personnel services contract in open session to finalize the appointment.

Carunchio has worked for Inyo County as Deputy CAO, responsible for economic development programs and budget analysis, preparation and implementation. He also served as the interim Library/ Museum Director as well as numerous other capacities.

Carunchio and his wife live in Big Pine.

We work to provide daily news to all of the Eastern Sierra, in the tradition of Eastern Sierra News Service and the Sierra Wave. We bring you daily happenings, local politics, crime, government dealings and fun stuff. Please contact us.
View all posts by News Staff →
Unseasonable Hike in Gas Prices
Mammoth Housing Project Open for Renters