On September 13, 2017, Kenneth Rossy, husband of Dawndee Rossy, entered pleas of no contest to two counts of felony violations of Revenue & Taxation Code sections 19706, failure to file California Income Tax returns for the 2009 and 2010 tax years. 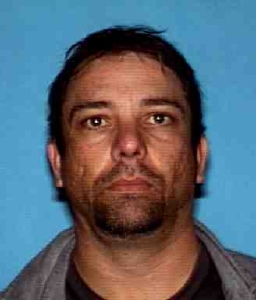 In exchange for his plea, other counts alleging conspiracy to misappropriate government funds were dismissed.

Mr. Rossy was placed on three years of probation and ordered to serve 364 days in the Inyo County Jail.  As required by law, he was granted credits for previous time served in actual custody and on electronic monitoring.

In addition to fines and fees, he was ordered to pay restitution to the Franchise Tax Board in the sum of $84,697.00.  He is also prohibited from any employment wherein he would manage the financial affairs of others, and is required to obey all laws.

Dawndee Rossy has previously been sentenced to serve nine years in prison for her conviction of misappropriating government funds in a case which was initially investigated in January, 2013.

364 days in jail ha!! He with all his so called time served with electronic ankle bracelets etc etc won’t spend 1 day in jail! Income tax.evasion what a croc! Restitution of 80 something thousand come on.are they just printing that stuff to make themselves feel better?? ( DA) I’m… Read more »

Funny how all the comments and those making them are trying to defend this criminal, might it be because he’s white????? where is all the outrage? Silly fools. Wonder what those comments would be if it was a Native who did it.

Obviously all these charges against him were made up by the D.A. HE HAD OVER 80 @ one time THATS PRETTY SCARY WHAT A D.A. CAN DO US CITIZENS WITHOUT EVIDENCE The D.A. can take whitey through the wringer too. So put your race card back in your pocket and… Read more »

LOL !!!…what a joke our court system is !!!…his wife takes the hit,and a 9 year prison term while this guy gets a sentence of a year in jail ( not a day,actually.. time served),restitution he’ll NEVER be able to pay,and “told ” he can’t manage financial affairs or break… Read more »

The root of all evil.

No Crime here, Just another American Citizen who has been targeted by the Corrupt State of Communist California . Astronomical Property Taxes , Insane 4X over taxes on Gas and Tobacco. Now this AMERICAN CITIZEN is behind bars . But as he Suffers the State of California Spends 40 Billion… Read more »

INYOFACE….angry man…amazing how ,no matter the story or subject,some can turn it into some racial-prejudice kinda rant…judging from your statements there,your hating on a lot of things California….for your own sake,I hope you can maybe find a happier life in Nevada…but,just to let you know,I think there are some undocumented… Read more »

Failing to file a tax return. Imagine how many Californians could be convicted of that horrible CRIME?