Mammoth Lakes, Calif.  — The Mammoth Lakes Chamber of Commerce has hired Ken Brengle as its new Director. Brengle comes to the position with more than 30 years of Chamber experience, and is no stranger to mountain communities. 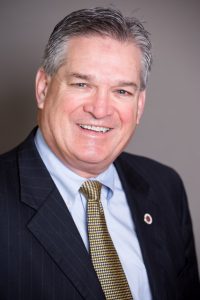 “I did a lot of work with Chamber resort associations in Colorado, as well as in Big Bear,” Brengle explained. “I love mountain communities and have a close tie to them.” Brengle was raised in Colorado and is a graduate of Fort Lewis College in Durango, Colo. He managed Chambers throughout Colorado, Wyoming and California.

For the past two years Brengle has been working for Union Bank in Southern California while his son was attending high school, but his passion is in the Chamber management field. He is looking forward to getting back to what he loves now that his son is about to graduate.

Brengle’s wife used to live in Mammoth Lakes so he is familiar with the area. Ken is looking forward to jumping feet-first into his new position on April 24.

“Membership is always the number one priority with a Chamber,” Brengle said. “I’m looking forward to getting out and visiting the business community and listening to the business owners to determine the issues that need to be addressed.”

“We are thrilled to have someone with Ken’s breadth of Chamber experience with a track record of building communities by working with both the public and private sectors,” said Mammoth Lakes Chamber President Jeff Guillory. “As a Colorado native, we are equally excited to have someone like Ken who shares our love of and passion for the mountains.”

“I’m looking forward to getting back to a community that is obviously moving forward,” Brengle added, “and to assisting the business community in getting to the next level.”

As Brengle takes on the Chamber Director role, Jessica Kennedy, who has been serving as the Interim Director, and previously as Business Projects Manager for the Chamber and Mammoth Lakes Tourism, will step into the role of Assistant Director of the Chamber of Commerce.

Mammoth Lakes Tourism has hired local Emily Summers as its new Office Manager to replace the work that Kennedy was doing for MLT. Summers will begin work on April 24 as well.