By News Staff on March 17, 2021 in General Misc. Stories, Obituaries 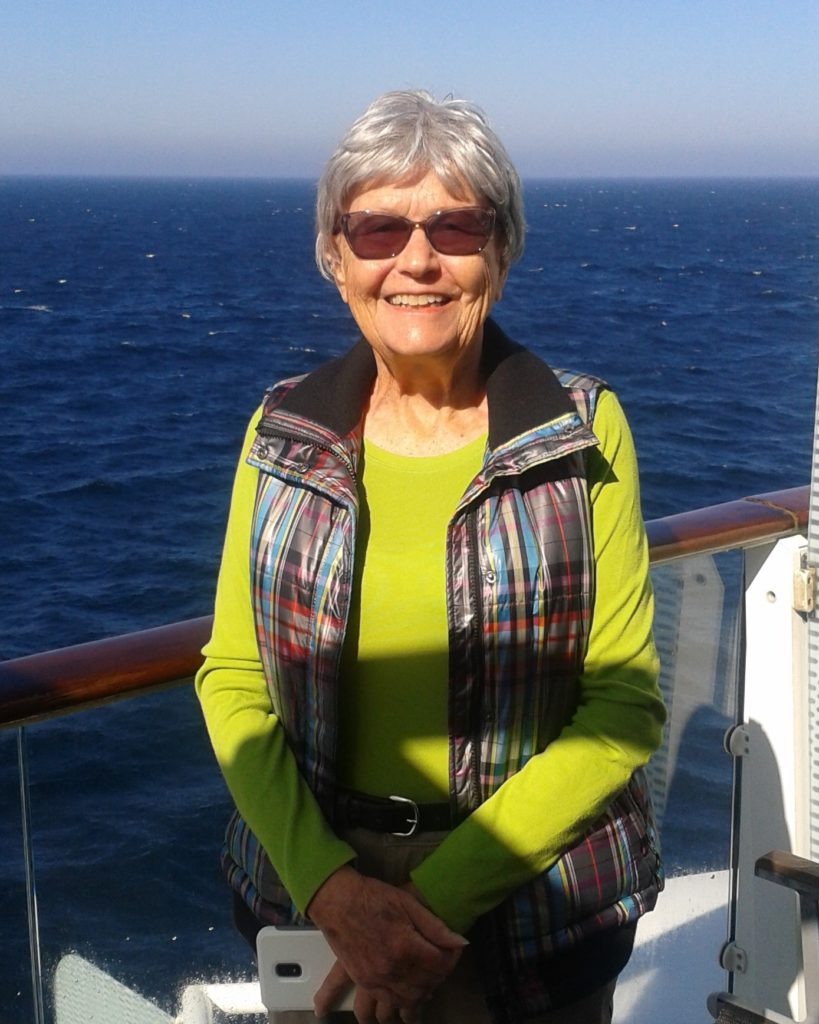 Kathy went to be with the Lord on February 14, 2021 after a lengthy battle with cancer.  She passed with her husband, Rich, at her side.

Kathy was born Kathleen Annette McCoy to Lester and Gladyce McCoy on July 1, 1940 in Los Angeles.  She grew up in Downey, CA and attended Downey High School where she was active in many organizations and graduated in 1958.  From Downey she went to Long Beach State College and majored in Business Education and graduated in 1962.  She met her future husband Rich White in an accounting class.  She and Rich were married in 1962 after graduation.  They lived in Orange County for 4 years while she taught and then started a family.  The next 12 years were spent in Long Beach where they owned a small grocery store and Kathy catered meals for church and YMCA groups.

She and Rich designed, built and staffed the Inyo County State Fair exhibit for 14 years and won many awards. They also won the 2014 Inyo Register Perpetual Motion award.

Kathy is survived by her husband Rich, of Independence, son Alan of Paradise, CA and his children Matt and Sarah, son Jim and wife Kristi of Long Beach and children Melissa and Jason, sister Jackie McCoy of Topeka, brother-in-law Stu of Seal Beach, sister-in-law Judi Tamplin of Big Bear Lake and many nieces and nephews.

A memorial service will be held on May 15 at 2 PM in Independence at the Eastern California Museum lawn.

Kathleen was a treasure and a wonderful asset to our valley. She will be dearly missed.