By Charles James on April 7, 2021 in Government Agencies/Utilities, Inyo County 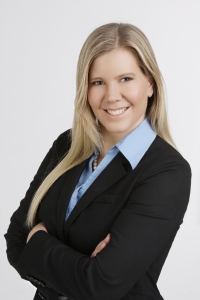 Kammi Foote announced her resignation effective Friday, April 9 to the Inyo County Board of Supervisors at their regular Tuesday virtual meeting.

Foote has been with the county for almost twenty years, the last ten years in elected office as the Inyo County Clerk/ Recorder/Registrar of Voters Office.

As Foote was introduced to deliver her department report, she said the following:

For the past 14 years I’ve had the honor and privilege of working for Inyo County and the corporate quarter and elections department, serving the last 10 at the will of the public as the elected corporate voter and registered voters. So, it is bittersweet to share that my last day in the office will be April 9 as I have accepted a position as a senior subject matter expert with the United States Elections Assistance Commission.

Those of you that are unfamiliar with the AC, it’s an independent bipartisan commission charged with developing guidance to election officials, adopting building system guidelines and serving as a national clearinghouse of information on election administration.

As you all know, the 2020 election was a pivotal moment in our nation’s history and the next four years are going to be critical for the future of voting in America.

And I am extremely humbled and honored to be able to take all of the lessons learned, boots on the ground experiences and best practices developed in your county to scale and broaden my service to the public nationwide.

So, while I’ll no longer be able to directly administer elections in your county, I look forward to continuing to support the voters within your county, and so, that is my word.”

There was a brief respectful, almost stunned reaction from the board members, although several of them likely knew the announcement was coming.

Foote, during her time in office, gained the admiration and respect of Inyo County voters and increasingly recognized nationally. Last year she was featured in a Rolling Stone magazine feature about the challenges of the challenges of elections in rural counties. As consummate professional and public servant, she became an integral part of numerous organizations dedicated to making elections safe and the results trusted.

Inyo County Chief Administrative Officer Clint Quilter told the supervisors that the county staff will have a presentation prepared for the board at its April 13 meeting on moving forward to fill Foote’s position.

Current Board Chair and Second District Supervisor, Jeff Griffiths, told Foote that that “I am excited to hear about which where you are going and that, while I am sad to you leave, I am excited about the opportunities opening up for you.”

The other four supervisors, Matt Kingsley, Dan Totheroh, Rick Pucci, and Jen Roeser, all expressed their admiration and expressed similar sentiments as Griffiths, thanking Foote for her service to the county.

Foote noted that, for all  the attention that elections received, the other aspects of the job of the County Clerk Recorder, such as recording important and essential documents, are critical to the everyday lives of county residents.

Noting that she leaves behind “an extremely efficient and competent staff: and that she has complete faith that they’re going to be able to carry on with the mission.”

I’ve said it before and I’ll say it again, Kammi Foote for president. I only hope that D.C. does not ruin her like it seems to ruin most people.

Kammi is a special person with strong unwavering integrity that is sadly becoming increasingly rare. We will mill her dedicated and competent leadership. I hope a competent candidate comes forth in the next election to take the reins of elections here in Inyo County

Kammi will be dearly missed here at home, and I pray that her tradition of diligence, transparency and hard work continue in Inyo County. As much as we will miss her, it is clear that more people like her are needed across the nation to improve and secure elections and… Read more »