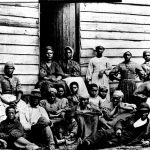 “Juneteenth” (June 19th) is the oldest known celebration commemorating the ending of slavery in the United States.

Today is Juneteenth in Bishop. Why the date important to African Americans.

“Juneteenth” (June 19th) is the oldest known celebration commemorating the ending of slavery in the United States. Dating back to 1865, it was on June 19th that the Union soldiers, led by Major General Gordon Granger, landed at Galveston, Texas with news that the war had ended and, citing the September 22,1862 Emancipation Proclamation issued by President Abraham Lincoln during the Civil War that ended on May 9, 1865, declared that slaves inside Texas were now free.

That event, later known as “Juneteenth,” marked the end of slavery in Texas. It has been celebrated as a day of freedom since then by many African Americans. Juneteenth grew into an international commemoration and it became an official Texas state-holiday in 1979. 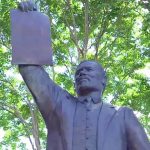 There’s a great deal of truth to the sentiment that the only reason that many white Americans are now aware of the celebration known as “Juneteenth,” is that a political Trump political campaign event originally scheduled for June 19th became a “political hot potato.” Many political commentators, pundits, and protesters in the “Black Lives Matter” movement were outraged; feeling that it was “inappropriate given the date’s history and meaning to many African-Americans.” There is a “Black Lives Matter” protest being held tomorrow, Saturday, June 20th at Bishop City Park in large part because of the date’s proximity to the June 19th date’s importance to African Americans.

Most Americans are familiar with the story of the battle for the Alamo in 1836. Texas was a part of Mexico at the time. And while Mexican General Santa Anna is usually cast as the villain, interestingly, Santa Anna, was opposed to slavery, while many of the defenders of the Alamo were pro-slavery. American settlers brought slaves to Texas despite “restrictions on slavery” by the Mexican government, who ruled Texas at the time and had outlawed it in 1839. Why? Many slaves, before and during the Civil War, escaped to Mexican territories to escape slavery.

There are calls for “Juneteenth” to become a national holiday. We Americans love our holidays, and this seems like a good one to consider. There is no national holiday in June. If only we could find ones for March, April and August as well!

Those of us that are white, have no business telling black folks how to feel about their ancestors being sold and having horrible atrocities perpetrated upon them. This country belongs to people of all colors, and most rightly belongs to our native population. White folks need to do more listening… Read more »

There are still countries out there that have slavery and many countries have very racist standards. I think the US is doing pretty good in comparison. We have work to do, but we are at least moving forward everyday.

It’s been 155 years! We certainly haven’t been “moving forward” with much speed. And it is only since the advent of cell phone cameras that some of the constant injustices against Black citizens can no longer be denied.

In my opinion, the fact that the end of slavery in the USA is still celebrated as a special event, is evidence that racial discrimination remains a volatile subject in the USA. No other country where slavery had been abolished ( England) “celebrates” the occasion. It is not a big… Read more »