Update:4/20/2020: Stacy Corless, Mono County District 5 Supervisor and Current Chair said in a post that they expect to receive a letter tomorrow from CDFW confirming a delay in the fishing season opener. The exact contents of the letter are unknown at this time, and the the Sierra Wave will post it as soon as we receive a copy of it.

Update 4/19/2020: According to the Inyo County Public Information Officer Carma Roper. the county had not yet received an official communication from the California Department of Fish & Wildlife Director, Charlton Bonham, granting the request for a delay of the fish opening, but that the county is “anticipating one soon.”

As soon as Sierra Wave receives confirmation of such a communication, we will share it with our readers, viewers and listeners. 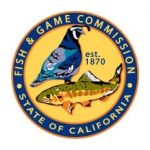 The California Fish and Game Commission voted unanimously to give authority, at its second attempt online, audio-only public meeting held on Wednesday, April 15, for state CDFW director, Charlton Bonham, to temporarily delay, suspend or restrict recreational fishing in specifically targeted counties at the request of their elected officials and local public health officers to prevent the spread of COVID-19.

The soonest the Trout Opening will begin in Alpine, Inyo and Mono counties would be June 1, which is when the authority given to the CDFW director to delay the official, state-sanctioned fish openings in those counties ends. To be extended, another vote by the CFG Commission would be required. And that will depend on conditions on the ground in the affected counties. So, goodbye to Fishmas in the Eastern Sierra, which is already effectively shut-down by public health officials and government officials at all levels closing local businesses, restaurants, campgrounds, hospitality venues and public lands and facilities.

T.S. Elliot wrote, “April is the cruelest month” in the opening lines of The Waste Land, published in 1922. And although the poem had nothing at all to do with fishing, the sentiment still applies; the sentiment that, exiting April, brings an  escape from isolation brought on from the winter, when Spring breaks out, and the escape from the confines of the cities allow a celebration and exodus to the outdoors, for many exemplified by the simple act of “going fishing,” usually kicked off and celebrated by the “opening day of fishing.”

Fishmas is a highly successful marketing message developed by local chambers of commerce to promote trout fishing in the Eastern Sierra by targeting visitors to come enjoy the fishing, camping, climbing, hiking, and just pure experience of being in the great outdoors exemplified by the beautiful landscapes of the Eastern Sierra. A pandemic outbreak is a problem no one could have anticipated. The collective fear of local residents is that a large influx of outsiders to the area might quickly overwhelm the very limited healthcare resources, especially the local hospitals, in our small communities.

Mono County Board of Supervisors’ Chair Stacy Corless told the CFG that, “No one wants to be the Grinch who postpones Fishmas. That said, we do ask you to postpone the trout season opener due to public health concerns with the pandemic.”

And so they have.

As of today, Saturday, Alpine County had 2 confirmed positive cases, including 1 non-county resident, and 1 death; Mono County had 23 positive cases and 1 death; and Inyo County had 18 positive cases with “0” (no deaths). While these numbers appear very low, these are some of the least populated counties in the state, with very limited resources to cope with an outbreak of coronavirus should a surge in the number of cases occur, especially if brought into the area from outsiders seeking recreation.

So, this year the Eastern Sierra will go without its traditional Fishmas, or at least until June 1…unless changed again. But then again, “April is the cruelest month,” for at least this year. Maybe May will prove to be “a nicer one.”

Well even if they open on June 1st which they probably will not. The fishing will not be the same. Waters get warm and weeds grow high in the lakes. There also is abundant amount of flies and food for the fish. Then there is the dreadful green algae that… Read more »

Sunshine. Vitamin D. This is what we all need. What you should be worried about in the Sierras is all of the European travelers that start arriving in June when the travel ban is lifted.

What I’m saying on top of trying to lighten this up some with a joke about the LA masses that provide the economy and revenue, is people should try to stop the unhealthy panic and fear. The studies are confirming the Stanford study. Many of us who traveled in the… Read more »

So Liberty, maybe you could clear something up for me. On 4/19 you said “Again, it’s important to note people sick with Covid wouldn’t be traveling in the first place, they will be close to major medical.” And on 4/21 ” Many of us who traveled in the last few… Read more »

Liberty – you claim “The studies are confirming the Stanford study.”

Or do you just make up the news you want to hear?

If keeping the good people of the region safe and healthy means I have to wait a few weeks to fly fish, then all I can say is thank you for letting us fish at all this year. We have to do what is safe and take care of not… Read more »

So as of 4/21/2020 the CDFG has not suspended the opener. Also Owens river and topaz lake are open for fishing.

I heard, and keep this very quiet, that thousands of naked people from LA eating sushi and waving fish are traveling to march in the streets holding fishing rods, right down Main Street like Mule Days on Saturday about 9 am. Try to keep this quiet and don’t tell all… Read more »

Liberty I’m an old guy,certainly not some kind of tough guy talking big talk. But if you weren’t saying that in jest,and it was actually threatened or talked about,in these little towns up here,blocking traffic,kind of like an L.A. tourist take over,lining the streets with signs, no masks,no social distancing,carrying… Read more »

We should believe scientists. And maybe medical professionals. Gee I wonder what they recommend. I dont think it’s a free for all. I also believe fishing is a privilege that you buy a license for and you can have that privilege taken away. Just like a drivers license. Not a… Read more »

People not fishing will be coming in, who knows in what numbers. The fear of transmission from people with no symptoms is a guess at this point and maybe wrong. We have to go back to the science, if you are exposed to people who had it and recovered or… Read more »

“We have to go back to the science…..” I suggest you take your own advice. For one thing – the flu killed about 20,000 in 8 months, Covid killed more than 40,000 in 2 months. Magical thinking is a symptom of a mental/ personality disorder.“We have to go back to… Read more »

And when other hospitals stop taking patients from out of area because they are full and tourists have plugged ours up? I think your fishing trip can wait

The elderly populations are very vulnerable to this disease and can more easily succumb to the sometimes deadly infection. Asymptomatic infected individuals can unbeknownst to anyone, infect others. The 19 are currently known to be infected in Inyo and 10 test await results. An influx of thousands of anglers at… Read more »

If people get sick, they don’t die immediately. They can drive to another county with MANY more beds. Stop buying the fake news. Nobody uses mammoths hospitals for something this serious unless they are a local. Wake up!

Vector, perhaps you should close all your home windows, pull the blinds and drapes and stay home…………you might die if you go out. Fear every stranger and believe the news makes for pathetic miserable humans. We just got back from a week of fishing out of Ely. Beautiful PERFECT weather,… Read more »

Most people in Owens Valley and Alpine use out of area hospitals for anything major, this has been the norm for over fifty years. When I hear people say the local small EMS systems will be over-whelmed with tourist Covid because of fishing season I call it BS .Anyone who… Read more »

What part of 4 ventilators and a couple thousand fisherman invading our valley do people not understand. Simple math. Even if you camp in “self contained rvs” which hospital do you use when you get sick or hurt. Stay home.

I would assume anyone that gets sick or hurt will go to one of the many open beds at the nearest hospital. Go Fishing!

You can’t have it both ways. If you want the tourist money for your business, you cannot tell us when to come and when to stay away. It’s all or nothing. Get off your damn high horse! You need the money out there. People won’t be using your hospital beds… Read more »

I’ll vote for Nothing, please.

The problem with bureaucratic guesses and autocratic political appointees deciding anything is they are often wrong like the huge projected numbers of Covid deaths in the US which was off by at least 90%. The fishing season delay was a knee-jerk panic reaction and they didn’t think it through and… Read more »

The number of people infected by this virus is lower than forecast BECAUSE we did what we could to lower those numbers. And now the morons of the world are using that measure of success as “proof” that we were wrong to do anything? Brain dead humans –

None of your business
Reply to  Duckhead

You are what we call a useful idiot. The government LOVES lemmings like yourself, because you are smart enough to tie your shoe laces, but stupid enough to follow orders. Good for you, citizen!

Oh please…you guys can’t wait 5 weeks or so for opening day!?!
For all of our healths sake suck it up and stop being babies.

None of your business
Reply to  dpblue

You don’t understand what American was founded on, nor do you deserve the freedoms bestowed upon you. The virus is less deadly than the seasonal flu. Stanford University did an independent study on covid19, and they said the virus is 85 times less deadly than originally reported. The commissioners and… Read more »

Ken Martin
Reply to  None of your business

“They are violating our rights in the name of saving a few lives.” Really! You my dear friend are an ass! My brothers and I have been fishing the Eastern Sierras for over 60-years and are so very grateful to the local experts and the so valuable local busnesses. My… Read more »

Does MrJames get paid by the word? I had to read this a few times and still not sure when or if the fish opener will happen. June1st?, a second vote?, not at all?. up to each county?

Get the message you are not welcome stay home!!!

Haha! Thanks for the suggestion. Lol!

Rights delayed are rights denied! You have forgotten what America is!

I would love to think America is a country that works together for a common good, not me me me