By News Staff on October 8, 2014 in Government Agencies/Utilities 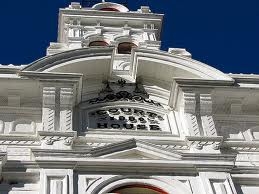 More than two years ago, Mono County fired 15-year Road Department mechanic Dick Luman for an on-the-job dispute. After a failed appeal, his attorney, Katie Bellomo, took the case to Superior Court where Judge Stan Eller ruled that Luman should not have been fired, should be reinstated and given a new penalty hearing. Mono County appealed. While the appeal is pending, Bellomo asked the Judge to reinstate her client who has been unable to find a job due to the cloud of legal uncertainty. Judge Eller has ordered the County to reinstate Luman on or before October 27th.

Judge Eller’s decision describes Dick Luman as a 62-year-old man “who has labored in his profession as a diesel mechanic for approximately 40 years.” The Judge notes that he was terminated in December of 2011 and that for nearly 3 years he has been unable to obtain employment as a mechanic.

The decision says that “His ‘terminated’ status is a stigma that has rendered him an outcast and a reject that has prevented him, especially at his age, from obtaining meaningful employment in his profession.”

The decision goes on to say that “This dilemma has caused not only severe economic hardship. It is clear,” writes the Judge, “it is also taking a personal toll on Mr. Luman rendering him unable to continue in a profession he has essentially spent his entire working life in; especially now at the twilight of his career.”

The Judge concludes that Luman is entitled to relief sought which he believes will not render the County’s appeal meaningless. The decision says Mr. Luman’s reinstatement is temporary for the period only of the County’s appeal. Will Mono County appeal this new ruling? County Counsel Marshall Rudolph said he could not comment at this time.

Reduce County Council by half? You clearly have ZERO idea what all they do in that office. They are overworked as it is and letting go of half will do nothing to help the situation. If you think that all they do is deal with employment issues, you are mistaken.… Read more »

Now the county is laying off an employee just like county counsel threatened to pay for there mess. The BOS needs to open there eyes. It’s not the rank and file that have caused this mess its upper management. They should reduce county council by half and let the other… Read more »

I wonder how many times the county can appeal these cases? Seems like someone should go to jail for contempt of court. Who would that be the board the CAO the Director of public worksi the county Council?

100% Percent Agree
Reply to  I wonder

I totally agree with you “I Wonder” judges have made rulings on these cases and Mono County has chose to just ignore them. They have already been afforded their appeal and they lost, so it is contempt of court! If a common citizen chose to ignore a court order they… Read more »

I wonder how long it will take for the board to get rid of the last of the people involved in this. This has cost the county a fortune.

I personally think that Mono County appealing Judge Eller’s ruling is a slap in the face to him. It also shows the public how little they value his opinion. They have done the exact same thing to Superior Court Judge Garbalino in this case by calling him bias because he… Read more »

Thank goodness there is some justice in this world! This man has been treated so unfairly by Mono County it is nice to see that there is a judge that realizes he has been mistreated and that it was uncalled for. He never should have lost his job in the… Read more »

And it’s not just Mono County employees that County Counsel has been pulling these kinds of shenagins on. They have been doing the same thing to regular Mono County citizen/taxpayers.

Can you be more specific? BK