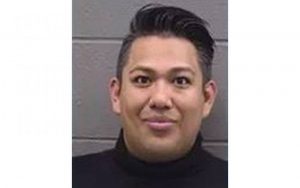 On December 10, 2019, Mammoth Lakes resident Jorge Espitia was sentenced to 25 years in
the state prison after being convicted of 12 felonies. Most of convictions were for sexual abuse
of children and providing methamphetamine to children.
The Mono County District Attorney’s Office, in conjunction with the Mammoth Lakes
Police Department, had been investigating Mr. Espitia for nearly two years before his arrest.
There were rampant rumors that Mr. Espitia would invite children to his home, provide them and ultimately, sexually abuse them. Unfortunately, there was no corroborating evidence available at the time.
Early this year, one brave victim came forward to the District Attorney’s Office and detailed
the abuse he had suffered for years beginning at the age of 12 by Mr. Espitia. The investigation
intensified and ultimately five victims were identified, two of whom were sexually abused, and
all five minor victims were provided methamphetamine, most on multiple occasions. The
investigation revealed likely additional victims, though there was not enough evidence to prove
beyond a reasonable doubt.
Justice could not have been received for these victims without the bravery of the victims and
the help of the community. One of the top priorities of the District Attorney is protecting
children, especially from sexual abuse. If you know of sexual abuse against children, it is
imperative you contact law enforcement immediately.
This case was investigated by the Mono County District Attorney and Mammoth Lakes Police
Department and prosecuted by Assistant District Attorney David Anderson.

I got a hunch he’s no longer smiling.
I hope parents don’t ever have to worry about him being released.
Thankfully cockroaches like this get DEALT with in prison, as well they should.

Epstein didn’t hang himself! Meanwhile all the Hollywood pedo’s remain out of prison.