Mammoth Lakes, CA – The Mammoth Lakes Film Festival’s Festival Director Shira Dubrovner is excited to announce that the opening night film on May 24th will be a screening of the Cheech & Chong classic “Up In Smoke,” with its star and uncredited director Tommy Chong in attendance for a Q&A after the film. 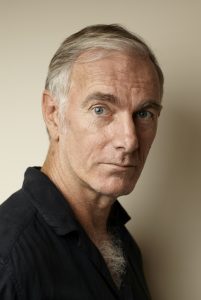 The excitement grows throughout the week as Saturday evening sees prolific legendary independent filmmaker John Sayles being presented with the Sierra Spirit Award after a screening of one of his early films, Baby It’s You, followed by a Q&A.

This year’s festival is shaping up to be a real game changer with the number of submissions increasing significantly; Festival sponsors including Honda, Panavision and RED committing early; our two opening night sponsors – Paul and Kathleen Rudder and Westin Monaché Resort stepping up, our housing partner Sierra Nevada Resort and Spa, as well as additional support from the community including Measure U and Mono County Tourism. For a complete list of sponsors visit the website.

Considered by many to be one of the founding fathers of modern American independent cinema, John Sayles, like last year’s first Sierra Spirit Award winner Joe Dante, is one of the many now-famous directors to start his career working with Roger Corman.

An extremely well-respected independent filmmaker, Sayles has established a reputation for refusing to abandon his values in favor of becoming a studio filmmaker. His films are richly nuanced explorations of personal and political relationships, a style that reflects Sayles’ beginnings as a novelist. He once admitted, “My main interest is making films about people…”

Sayles has spent over 25 years writing and directing unusually humanistic, low-key films about how people relate to each other through various lenses including race (The Brother From Another Planet), jobs (Matewan), sports (Eight Men Out), family (Lone Star), politics (Silver City), and myths (The Secret Of Roan Inish), among others. His first film was Return of the Secaucus 7, shotin four weeks in 1978, a poignant look at a reunion of 1960s activists on the cusp of adulthood.Although it was a hit, he had trouble obtaining financing for the films he wanted to make because he would not give up his right of final cut. Baby It’s You (1983) was Sayles’ only film made under studio control. He often uses the same group of actors in his films, including David Strathairn, Chris Cooper, Mary McDonnell, Angela Bassett, Vincent Spano, and Joe Morton.

Tommy Chong is the uncredited director of the comedy stoner classic Up in Smoke, released in 1978, the first feature for the Cheech & Chong comedy duo. Longtime advocate of the benefits and pleasure of smoking marijuana, the Canadian born actor and “pot god” as his fans often refer to him, beat cancer twice, deciding he would rather put his faith in nature than the invasive medical system after his first diagnosis. 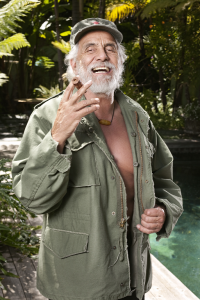 A recent story in Daily Health post September 21, 2016, addressed how Chong dealt with a June 2012 diagnosis of stage one prostate cancer. Chong realized his lifestyle needed to change drastically if he was going to take on cancer and win. Rather than succumb to the usual treatments of surgery, radiation, etc., Chong remained calm and turned to naturopathic medicine, making some pretty specific changes to his lifestyle, including diet and exercise. A long time cannabis smoker, it would remain a key component of his treatment protocol.

Chong and his naturopath decided to implement a treatment plan that included the controversial plant that to this date neither the US Federal Drug Administration (FDA) nor Centers for Disease Control and Prevention (CDC) accepts as a treatment of any cancer-related disease. Chong’s naturopath also included several supplements including hemp oil to coincide with his daily cannabis intake and by May 2013, Chong proclaimed he was “cancer-free thanks to a disciplined diet … and the use of hemp (hash) oil.” Chong also included treatments focused on healing the emotional and mental aspects associated with cancer.

When in 2015 he was diagnosed with stage one colorectal cancer Chong decided to take a more aggressive approach, opting for surgery, chemotherapy and radiation… and not surprisingly, marijuana. As of April 2016, Chong claims he is doing well. Chong continues to fight for the legalization of cannabis as he believes it has incredible possibilities for healing.

Never one to stand still, Chong was on Dancing with the Stars Season 19, making the cut week after week and arriving at the semi-finals at age 71, the oldest celebrity to ever make it that far. He continues to tour with his comedy partner Cheech Marin, has a business with his son Paris, and has continued to appear on television (That 70s Show among others) and provided his voice to animated films (Zootopia and Uncle Grandpa).

Mammoth Lakes Film Festival will announce its roster of films next week.

Tickets for the five-day long film festival taking place in the scenic and majestic setting of Mammoth Lakes, California, go on sale April 24 at MammothLakesFilmFestival.com.

Advance screening selection and access for one (1) admission to all four party events, plus access to the filmmaker lounge (open from 9am-11am serving coffee and continental breakfast at Edison Hall).

Tickets for Opening Night Screening only, Individual screening tickets, as well as Individual Gala Events and Filmmaker Parties go in sale May 10.