At a sentencing hearing on Thursday, June 18, 2015 local businessman Jose “Jay” Jimenez was placed on five years of formal felony probation and ordered to serve 240 days in the Inyo County Jail for embezzling from a now-deceased client who had given him a power of attorney. 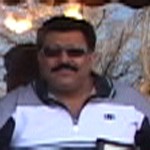 He must serve an actual 90 days, and may apply for electronic monitoring for the balance of his sentence. The court set restitution in the amount of $79,449.76. He is also forbidden from acting as a fiduciary and from managing money or property on behalf of other individuals during the term of his probation, and may not engage in the tax preparation business.

The case began in August, 2012, when the Ombudsman’s Office received a complaint on behalf of the victim and a criminal investigation was initiated by the Bishop Police Department.

The investigation discovered that in November, 2011 Jimenez was granted power of attorney by the victim in the case. This gave Jimenez access to the victim’s bank and credit card accounts. Jimenez used the power of attorney to pay bills for victim; but he also used the accounts to fund his businesses, Jimenez Tax Service and Petite Pantry, as well as pay personal bills.

Mr. Jimenez had previously entered a “no contest” plea to a felony embezzlement charge.

(Note: Jimenez was host of The Spanish Show on Sierra Wave Radio for many years. His show was terminated when he entered his “no contest” plea.)

We work to provide daily news to all of the Eastern Sierra, in the tradition of Eastern Sierra News Service and the Sierra Wave. We bring you daily happenings, local politics, crime, government dealings and fun stuff. Please contact us.
View all posts by News Staff →
Fundraiser for Hayden Cabin/Mammoth Museum
Climate change the topic for SNARL lecture
18 Comments
Newest
Oldest Most Voted
Inline Feedbacks
View all comments

There is no longer any “allegedly” about it. He’s been convicted.

No one is “crucifying” the children, and your inapt use of that term is offensive. If the children are enjoying the fruits of their father’s embezzlement, that is fair game for criticism.

Hold on folks. Remember one attorney ask to be dismissed, and the other attorney was suspended for 90 days from the state bar. I would argue that the defendant’s have no control over these lawyers. There on bail they have not yet been convicted so let’s not put the cart… Read more »

They haven’t been convicted but LEO’s just don’t go around arresting people for nothing contrary to popular opinion. LEO’s are professionals and make arrest based on the facts. I firmly believe the above and it is for that reason I seem to never make in on a jury, as I… Read more »

You can have all the reasonable doubt about guilt or innocence you want. But the courtroom is where you listen to both sides and THEN make a decision. You’re not being picked if either side thinks you’ve already gone beyond a reasonable doubt. It’s probably the DA that’s letting you… Read more »

The last two times I’ve been dismissed by the defense attorney. Until something is done about illegal immigration I’m not sitting on a jury. to hec with them.

One down two to go! were keeping score.

He had power of attorney. The victim signed all his rights away. P.S. I don’t condone what he did. I just don’t think people should blame their families. Or degrade them.

He trusted the wrong person…..sad

The wrong person manipulated the elder by gaining his Trust! Sad to say there are a lot of them, wrong persons out there for their own personal gain….GOD has Witnessed their wrong doings, as well!

Hey Trouble, can you explain to me at what point embezzlement became a civil matter?

Bob, Hope you meant at what point iembezzlement became ONLY a civil matter, because I would say a few thousand years. The victim’s estate could file a civil suit even without a criminal case. They may have been waiting for conviction to bolster their case. But convictions are not necessary,… Read more »

Careful who you trust, this could be why I’ve become so cynical.
I wish we could give our dogs the Power of Attorney.

Hey Bone, if your going to bring his kids into this article, maybe you ought to mention one of his children is in the military and another is being offered full rides to some of the most predigest schools in the nation. For honors and athletics. Plus, I believe this… Read more »

And their achievements make them immune to illegal activity somehow? Jails and prisons are full of scholars and military men and women. No one is above the law.

Didn’t want to go there..but your comment made no sense.

@Really, no use arguing with @trouble…he feels people should not be disciplined for their wrong doings.
Hopefully he didn’t raise kids….

And his kid still proudly drives the illegally obtained vehicle with pride, like its all cool.