By News Staff on July 17, 2019 in Entertainment/Local Events/Activities, Public Event

Story and photos by Charles James

The Big Pine Trout Derby sponsored by the Big Pine American Legion Glacier Post 457 was held on Saturday, July 6. Now in its third year the number of anglers more than doubled at well over 100. 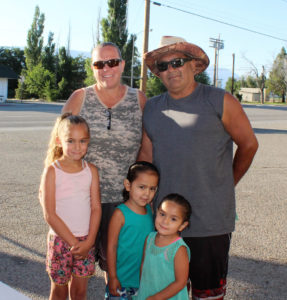 Those numbers would likely have been larger had anglers from the Ridgecrest area not been dealing with the recent earthquakes in their community.

The day of the event is chosen to coincide with the “Free fishing day” This event offered lots of raffle prizes from participating businesses in Bishop and Big Pine, and it seemed that almost everyone that showed up at the end of the day won something. 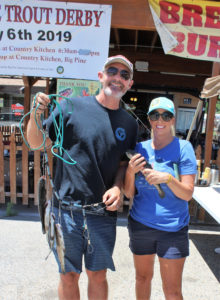 The fishing derby rules are simple: Fish anywhere in Inyo County and be back at the trout derby headquarters located at the Country Kitchen Restaurant in Big Pine for the weigh-in by 1:00 p.m. 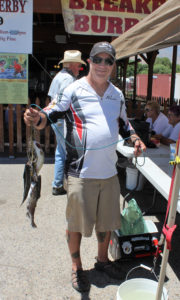 Clearly, it can pay to fish!

Many anglers fished the nearby Owens River just outside of Big Pine, while others fished local streams, the Big Pine Creek and Tinnemaha Reservoir. Several anglers chose to fish in the Bishop area.

The fish were biting as anglers reported success catching fish using Salmon eggs, PowerBait, PowerEggs, nightcrawlers, and Mini jigs. Pretty much anything tried seemed to work for someone. 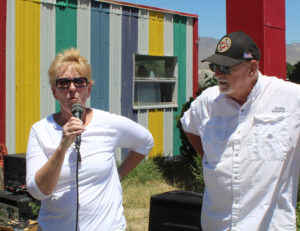 The American Legion in Big Pine hopes to continue growing its numbers in future derbies. Having doubled the attendance in just three years, they would seem well on the way towards that goal.