Less than a week before the election, Mark Johnson, Inyo’s Assistant District Attorney, provided the Sierra Wave with 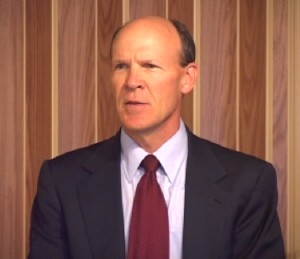 investigation documents on his boss’s opponent, Gerard Harvey. Asked if DA Art Maillet knew about the release of the documents, Johnson said, “I don’t know.”

The documents relate to cases in which prosecutors either never filed charges or failed to get convictions against Harvey. Asked if his document release to the news were an attempt to smear his boss’s opponent, Johnson said, “The voters of Inyo County are entitled to know there is substantial evidence of criminal misconduct on the part of one of the candidates.”

How substantial is the evidence since the DA either failed to file charges or to get convictions in court? Johnson said voters don’t need proof since they “routinely base their decisions on something less than proof beyond a reasonable doubt on whatever information is available.”

Asked about his motivation in releasing documents on Harvey, Johnson said, “My motivation is to save Inyo County if Gerard Harvey is elected. No law enforcement agency will work with him. He would be the head of INET and it couldn’t function. It would be a problem of monumental proportion,” he said. Johnson commented on his own job security. “I am a civil servant. I have my job for as long as I want.”

DA candidate Gerard Harvey said Johnson’s response about Maillet’s knowledge of the document release “speaks volumes about the DA. He has no control over his assistant. That’s the bottom line.” Harvey said it all comes back to Maillet’s lack of leadership. He said the voters elected Maillet but he “violated the public trust when he gave up his power to Mark Johnson.” Of the DA’s staff, Harvey said they’re not trained and they’re unsupervised. He said it all costs the taxpayers a lot of money.

On the last minute release of investigation documents, Harvey called it a personal attack and said the DA’s office accused him of crimes with no real proof. Harvey admits to being under the influence of drugs in court for which he entered a rehab program. “I’m not afraid to acknowledge my mistakes,” said Harvey. “Mark Johnson can’t do that. The people need to be saved from him.” Harvey claims when Johnson lost the judge’s race a few years back that he said the people of Inyo County are “too stupid to know what’s good for them.”

We work to provide daily news to all of the Eastern Sierra, in the tradition of Eastern Sierra News Service and the Sierra Wave. We bring you daily happenings, local politics, crime, government dealings and fun stuff. Please contact us.
View all posts by News Staff →
Deer Related Vehicle Accident in Round Valley
South Pasadena Chief Picked as Mammoth’s Interim Police Chief