Both sides of the Bobcat Protection Act issue admitted the legislation was emotional. Calling the discussion a “debate between the old and new Inyo County,” mountain guide S.P. Parker asked the Board of Supervisors at its Tuesday meeting, “which county do you want to be? Trapping was okay in the past but those days are gone.” 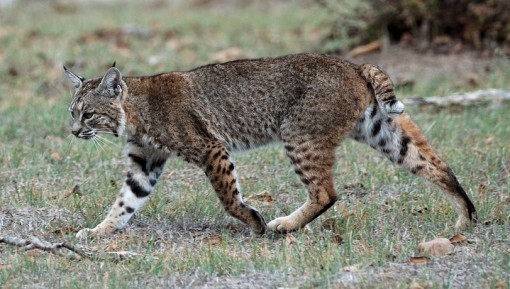 The Board chose not to make that choice, citing lack of science on the impact of a commercial trapping ban. The Supervisors took no action after a lengthy comment period.

The Act, AB 1213, establishing buffer zones around national parks within which commercial bobcat trapping would be banned, passed early last year. In question is the law’s implementation. The easiest would be to ban commercial trapping state-wide; the alternative, buffer zones. The law calls for zones with “readily identifiable boundaries, like major roads and highways.” Taking that directive literally leaves one small area east of Bishop where bobcats could be trapped and their pelts sold. The trap-free buffer impacting Inyo runs from the ocean to the Nevada border.

Unfortunately for the bobcat, there is an eager market for their pelts in China and Russia, escalating the price. The 150 trapped county bobcats represent 10 percent of the total in California. AB 1213 only impacts commercial trappers. Hunters are limited to five bobcats.

As the California Fish and Wildlife Commission wrestles with implementation, a 10-year study on bobcat populations in Inyo and Mono counties began this past winter.

Last month, the Mono County Supervisors chose to declare the county a trap-free zone. It isn’t that cut and dried in Inyo. The discussion was initiated by the Inyo County Fish and Wildlife Commission’s request for Board support to avoid a state-wide ban and create less restrictive buffer zones. While some of the Supervisors agreed with the county commission’s concept, none were eager to sign off on its proposed letter.

County commission member Doug Brown started the comment period. “Decisions are being made on emotions not science,” he said explaining the “slippery slope” of AB 1213 could lead to a ban on trapping anything. “This is an animal rights issue. We’re in the process of getting the population numbers; we can’t do anything without those numbers.”

Joe Bowling of Olancha pointed out that if bobcat trapping is shut down, residents would be unable to trap predatory foxes or coyotes. Questioned by Supervisor Mark Tillemans on incidental takes, Bowling replied “that’s a fallacy. We use live cage traps not grip or kill traps. We check them every day” and release any incidental take.

“When I was a kid, there was wildlife everywhere,” said Big Pine’s Duane Rossi. “If managed right, (deer and game fowl) can be a renewable resource…. We spent a fortune on sage grouse habitat protection but nothing on predation.”

However, Lynn Boulton of Lee Vining cited research indicating that ravens and badgers were the primary predator of sage grouse eggs. “The sage grouse isn’t in decline due to bobcats,” she said. “Their primary food source is rabbit.” Steve McLaughlin agreed, noting that the sage grouse was more impacted by bobcat prey than the actual bobcat. “If we eliminate the predators, we increase the number of their prey.”

From an agricultural perspective, Inyo/Mono Ag Commissioner Nate Reade told the Board that bobcats do go after poultry, but the larger issue was the loss of tools for predator control by area agriculture.

Brown concluded the public comment period, expressing his frustration. “I’m a deer hunter and fisherman,” he said. “This is our heritage; it’s part of our history. We want all the help we can get” fighting the trapping ban.

The Board was reluctant to take any stand without the science to back them up or to have “the work of the Department of Fish and Wildlife done by legislation.” “I want to see the study completed,” said Dan Totheroh, the first Supervisor to suggest deferring action. Without the science, he said, the consequences of a ban would remain unknown.

Totheroh got the last word in the two hour discussion. “A day without learning is a wasted day,” he said. “We haven’t wasted today.”

Mr Mills: I would like to see the survey indicating that the Game Wardens are in favor of the ban and where these peoples base of operations are. San Francisco, Santa Barbara, LA? Survey those in rural areas where the trapping is done and let us know what you come… Read more »

Michelle, I’d love to see how many bobcat pelts from inyo county ended up on Russia and China? And if you were at the meeting, Did you notice all the hunters and ranchers there?

My family and I support a state-wide ban on bobcat trapping. These animals provide invaluable services in terms of keeping rodent and rabbit populations down and keeping herbivores from overgrazing. Banning bobcat trapping would prevent less than 100 trappers (that’s how many applied for permits last year) from trapping and… Read more »

There are ways to increase wild life without screwing the hunters and ranchers.

I, for one, am awfully tired of “the science” being used as a justification for killing our beleaguered wildlife, which, according to the State Constitution, belongs to ALL Californians, not just the mercenary exploiters. Fact is, bobcats, like other apex predators, self-regulate their numbers. There’s certainly no “overpopulation” of these… Read more »