While the Board of Supervisors and law enforcement expressed support for the Compassionate Use Act, marijuana took a pretty heavy hit at Tuesday’s meeting with dispensaries described as “(expletive deleted) magnets” by Ed Obayashi of the Sheriff’s Department. 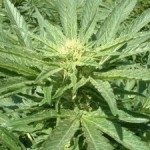 Inyo County may be shifting from a passive ban on medical marijuana dispensaries in preparation for what some feel is the inevitable passage of a state initiative to legalize the recreational use of pot, as opposed to its current de-criminalized status. The shift could either head in the direction of an active ban or rigid regulation of dispensaries.

Supervisors wavered between Matt Kingsley’s “do nothing” and “nip it in the bud,” suggested by Mark Tillemans. Noting the “huge changing landscape,” Chief Administrative Officer Kevin Carunchio encouraged the Board to look at “a minimum effective dose through zoning regulations while keeping an eye toward a long-term policy.”

According to Associate Planner Elaine Kabala, there has already been an interest in leasing property near Bishop to grow marijuana. The lease was not approved.

With the possibility of restricting dispensaries through zoning ordinances, Kabala gave the Supervisors the long and confusing background, starting in 1996 with the passage of Prop. 215, the CUA. The initial CUA has since been supplemented by additional legislation and case law. The bottom line: counties can regulate and restrict dispensaries as long as access to medical marijuana is not restricted. There are dispensaries in Mammoth Lakes, Ridgecrest, California City and Tehachapi.

To further blur the issue, the number of plants an individual can cultivate for medicinal use has increased through case law but cultivation for commercial use is still illegal. Dispensaries are considered non-profits and can either grow their own or buy from suppliers who are, essentially, growing pot illegally. According to Health and Human Services Director Jean Turner, the state legislature is trying to put laws in place preceding legalization of marijuana.

Turner explained the current county voluntary card system, a pilot program for residents of Inyo County with recommendations or prescriptions for medical marijuana. According to Turner, there are about 12 card-carrying medical marijuana users in the county.

Obayashi noted the correlation between medical marijuana and criminal activity, painting a vivid picture from his experience in Merced. “There’s a change in attitude,” he said referring to access to medical marijuana. “You lose the quality of life if you allow dispensaries. There’s a social, mental attitude of tolerance. People push the limits and law enforcement doesn’t have the resources to deal with it…. Once you open the door, there’s chaos. The impacts mushroom overnight.”

Evoking the money warehouse scene in “Blow,” Obayashi noted that dispensaries are a cash business. Marijuana is still a Schedule 1 drug under the federal Controlled Substance Act, right up there with heroin and LSD.  Federally-regulated banks cannot accept pot money, Obayashi said, leading to an increase in home invasion robberies and other criminal activity.

However, according to an April 15, CNN report, the House of Representatives has passed a bill allowing banks to handle cash proceeds from dispensaries and other legal marijuana businesses. A 2013 Gallop Poll indicated a near 50-50 split in the country’s attitude toward a change in the federal marijuana laws.

“There’s not enough background,” said District Attorney Tom Hardy. “I’m supportive of the status quo until we see how the ground shifts.”

prescription pills. far more dangerous, far more addicting, and prescribed by your doctor. i think mcdonalds and sodas should be outlawed. i think crime rates will drop if they were.

I agree Allen. With prescription pills, tobacco, and alcohol, all killing more people in the name of big business profits then marijuana ever has or will Ed Obayashi views are complete BS.

We need to make marijuana legal and put Ed out of business.

lowinyo- huh? 4 20 parties? who cares! If people want to smoke, so be it. Why should it bother you or anyone else? I do not smoke. I do not like the high. Making it legal is not going to change that. I am still not going to like the… Read more »

..allen :..YES !!! Legalizing marijuana will be the save -all for the Country,and possibly the World.The Country will vote in the next President based on his desire to legalize pot,and he will turn out to be the best President since JFK.Allowing military personal to smoke pot will make the Country… Read more »

Ed Obayashi should retire. We don’t need his relic views in our Sheriff department.

I agree with Obayashi as far as the sh** magnets comment, it’s totally true The individuals I believe he is REEFERing to (sorry, couldn’t help it) are the FEW individuals that always ruin it for everyone else. “The change in attitude” comment is also accurate. The new attitude, in the… Read more »

this county, and country, for that matter, has far bigger problems than marijuana.

I check this site daily and see the far bigger problems facing Inyo County than marijuana.

The LEO who compares marijuana to heroin is off his rocker.

allen :Very well said in so few words,and same with Mark’s statement above.Yesterday I was talking to a friend about that very thing,and pointed out that legalizing marijuana seems to be the # 1 issue of many Americans,going as far as who,depending on their stance,they will be voting for in… Read more »

unfortunately, the 3 of you are such poor writers, I can’t even get the gist of your comments…or maybe I should change that to fortunately!

..sugar :If you go to “urban dictionary” what your doing is being a “grammar nazi”….

“There are dispensaries in Mammoth Lakes, Ridgecrest, California City and Tehachapi.”
I know, and I have to wonder if people who have to go that far out of their way to obtain their medicine, will also take their shopping there too? May as well, it’ll justify the gas.

If dispensaries bring a criminal element, how about all the bars? Maybe we should close those down, and every place that sells liquor? Yes! If you have to leave the county to run a medicine errand, and yes it is medicine, then why not take your other errand dollars to… Read more »

Lorijellybean you make a very good point. I’m sure they will do their shopping while in Ridgecrest.

They’ve got a Home Depot and a Wal Mart.

Maybe they should be allowed to sell candy also? Liquor stores do! Someday, pot will be sold at our over priced grocery stores. But, I’m not sure if they’ll sell it next to the cigarettes , booze , medicines or herds?

There is a small, VERY LOW profile and legal “delivery only” collective for “legitimate” medical cannabis recommendation holders other than the ones mentioned.

Just stopped at the local mart for gas and there was a line of assorted “expletive” scumbag types lining up to buy liquor and drive the roads of Inyo County with little chance getting caught. It rots the brain, liver and encourages violence but no campaign against it? And cancer… Read more »

Legal or not people will always grow, sell and smoke marijuana. Always have, always will. To fight it has always been a costly losing battle, always has and always will be. So before we legalize it let’s learn as much as we can from the mistakes of other states that… Read more »

Fight back against legal pot. Smoke tobacco. It is legal and will kill you just as certainly as heroin. And it doesn’t make you silly. Smoke tobacco — big tobacco appreciates your help and sacrifice and it’s legal. http://www.cdc.gov/tobacco/data_statistics/fact_sheets/fast_facts/ Smoking leads to disease and disability and harms nearly every organ… Read more »

Hey Ken, pots one of the treatments for cancer. The erectile thing I’m not to sure about!

Trouble: just one little nitpic point. Smoking pot is not a “treatment” for cancer. Pot is an anodyne for many kinds of pain and other conditions like glaucoma. But it is not a treatment.

Ken Warner ;Best one I’ve heard is weed treats,cures and even prevents asthma !!

check out the following article: US government agency acknowledges marijuana has role in cancer …

Wake up Inyo. Legalization is coming. Stop thinking this drug is equal to Heroin. This is going to end soon and the old timers need to wake up. I have been a productive member of your communitie, serving on the Inyo grand Jury twice, foreman once. I am an upper… Read more »

desert rat
Reply to  Clyde A

Full disclosure: I am a retired law enforcement officer and active member of L.E.A.P. (law enforcement against prohibition). I am a long time resident of Inyo County. The following information is for those who still possess critical thinking skills and are able to study the facts and come to their… Read more »

To those giving the thumbs down to what I said there,fine to do it all they want.And quite frankly,don’t care if or when it is legalized.Will just mean more opporitunities for me to find more work for those that don’t want to work.If legalized,just ANOTHER step of dumbing-down this Country,and… Read more »

Low Inyo- the only thing all us ” 60 and 70’s” pot heads were trying to do was keep our kids out of Vietnam. I know folks like you tend forget that life wasn’t quite the party they make it out to be. The draft was the number issue on… Read more »

Trouble : Not saying anything about it being a “party” back then.But we,as a Country,were a hell of a lot better and stronger back then than we are now..and will be in the future,unless things change quite a bit….and fast !….deny that…

Low-inyo- I think Inyo Counties future when it comes to jobs and the economy our bleak at best. Except for a few fat cats that run the the show!

Trouble :Have to agree with you on that….but not any more so than anywhere else.Look at the big cities with their crime problems,drug problems,riots,racisim problems, etc.,and a Government that no longer works FOR the people,on both sides.Like I said before,look back to the 60’s and 70’s.Then look at how things… Read more »

I’ll be happy to deny “that” pseudonym! You are full of it! No matter…. Your prognostications are as irrelevant as your opinions to me, as you do not exist. The aninimity you so spinelessly cower behind, negates any weight that your statements might have had, and that aninimity does not… Read more »

Obayashi is living in a fantasy land if he believes his own roderick ! Unbelievable !

Oops replied to the wrong person! Trouble — I believe you mean “rhetoric” not roderick.

Thanks for pointing that out for me :)–

Mark ; If it’s legalized, – – – – (fill in the blanks) from the trailer park will be the ones profiting and benefiting the most ,as far as sales go. Able to beat the store prices,avoid the high taxes,and probably a better grade of weed too. From what I’m… Read more »

Ricky from the trailer park says dont legalize it

When a loved one is in pain, wasting away unable to eat, and needs this marvelous herb in order to increase their appetite, reduce the overwhelming pain, and live as as healthy and happily as they can with the time they have left, let’s have the compassion to allow them… Read more »

Ricky from the Trailer Park Boys doesn’t want it legalized because he sells pot & hash. He knows if it becomes legal, it will ruin his business of illegal sales. Just pointing that out because most don’t get the joke. Cartels & dealers don’t want it legal. They want to… Read more »