After four hours of wrangling with Inyo County’s draft ordinances and licensing protocol, a few things became crystal clear at Tuesday’s Supervisors’ meeting: there are a lot of players in the cannabis game none of whom liked the seven-year limit on non-competitive license renewals; the state has committed to licensing as of January 1, 2018 but nobody really believes it’ll happen and there will be a moratorium on operations until the County policies are etched in stone. 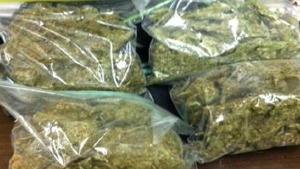 Marshall Rudolph and John Vallejo, county counsel and deputy respectively, made the argument for the moratorium, a separate agenda item following the workshop. California law gives the state the right to issue commercial licenses if a city or county has not passed ordinances banning recreational cannabis businesses. If Inyo hasn’t approved its ordinances, the state could issue licenses hypothetically grandfathering in those businesses that will not have to adhere to the county’s regs. Rudolph and Vallejo stressed the moratorium wasn’t going to be used as a sword to go after medical marijuana operations.

Sounds logical unless you’re currently operating a medicinal cannabis collective like Alena and Jacob Wagner’s PALS Collective outside Bishop city limits. The Wagner’s were concerned that if they continued providing medical marijuana to their clientele, they would be out of compliance with the law and that could be used against them during the eventual licensing procedure.

Steve McNeal with plans for an operation in Tecopa provided a counterpoint to counsel’s argument: “If there are no state licenses available and you can’t operate without a state license, you can’t put a moratorium on something that isn’t legal.”

The only thing both sides of the moratorium issue agreed on was that medicinal marijuana operations were currently operating in a gray area.

The board followed counsel’s advice and approved the moratorium.

Arguments that seemed to have an impact on the supervisors included….

The new workshops  will help refine the next iteration scheduled for the December 5th Board meeting.

“Start-up costs for operations run so high, the County may not be able to attract high-quality cannabis businesses with a seven-year cap on license renewals. The draft ordinance would put those licensees through a competitive process at the end of the seven-, or 10- year period.” “Under the draft licensing… Read more »