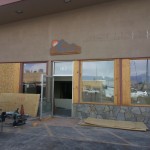 Mammoth Hospital has leased 6,400-square feet of office space on Main Street in Bishop for an orthopedic and physical therapy clinic equipped with digital radiology equipment.

The government code would require an out-of-area service agreement between the two hospitals, Mammoth and Northern Inyo, and a formal application to the county’s commission. 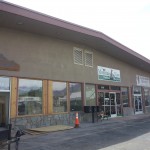 The Mono County LAFCO “has been looking into the issue,” according to the commission’s executive officer Scot Burns, “with its staff attending meetings on the matter in Bishop with involved parties. My understanding is the Inyo LAFCO counsel has advised the issue is subject to Inyo LAFCO jurisdiction.”

What government codes apply is even under question. In his brief statement at Monday’s meeting Mammoth Hospital Chief Administrative Officer Gary Myers said he would be happy to discuss the issue in detail.

Toward the end of the commission’s discussion of the dispute, County Counsel Margaret Kemp-Williams said “it is our conclusion that this does come under LAFCO.”

“I didn’t realize it was ironclad,” Commissioner Jeff Griffiths responded. “If LAFCO applies, then the action is illegal. I thought this was the start of the conversation.”

NIH Board member Pete Watercott and Chief Administrative Officer Victoria Alexander-Lane focused their arguments on the financial impact to the hospital. “Tax support is just a small part of our income,” said Watercott. “We must provide services to pay bills,” and surgeries produce income.

Alexander-Lane pointed out that when asked, Myers said Mammoth doctors would not cover calls, either at Southern Inyo Hospital where Mammoth provides orthopedic services, or for Bishop residents who are patients at the clinic.

“Southern Inyo trauma cases are coming to NIH,” Alexander-Lane said, “not to Mammoth. The Bishop clinic will take the cream to Mammoth Hospital (for surgeries) while we get the high risk and low income cases. We’ll be covering the most expensive, on-call ortho issues for Mammoth.”

NIH Chief of Staff Dr. Mark Robinson provided more of the background. “The original agreement (in 2003) was cooperative and assumed NIH would get its share of the good stuff. Mammoth funded (the orthopedic services on NIH’s campus) and wanted a larger share of the income. The issue was resolved equitably and accepted by NIH but not by SMHCD so the agreement was scuttled. We have two publicly-funded entities competing like Coke and Pepsi. It’s not a good thing. A cooperative agreement became competitive. That’s not good for the public.”

One of NIH’s arguments is the communities have too many orthopedic specialists for the patient load. According to Robinson, five orthopedists serve 1,000 patients annually.

Myers’ statement reiterated a letter the Mono County district sent in response to NIH’s request for help from the Inyo Board of Supervisors. “I had no time to discuss this with my board.” He briefly outlined the 12-year history of the relationship between the two districts.

According to LAFCO Chair David Patterson, LAFCO doesn’t deal with economics. Commissioners Rick Pucci and Laura Smith pushed for the issue to be worked out by the two hospitals.

“Medical care is a personal thing,” said Pucci. “Both hospitals are very good and patients have been sent from one to another for years. This is a very complex, legal issue…. Patients don’t care what makes money and what doesn’t. They just want good care.”

Mammoth Hospital has until June 1 to submit its response to the Inyo LAFCO letter. The commission will take the issue up again at its June 1 meeting.

I thought LAFCO was a “Formation Commission” not a” regulatory” commission.