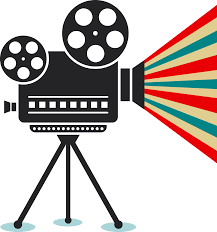 His goals include upping the ante when it comes to the money production companies leave in Inyo County by contacting and compiling a list of local support possibilities for equipment, site work and catering, streamlining the permit process as well as pursuing a broad range of productions for Inyo County.

He has also used his internet skills, with Julie Faber of Alpen Arete, at https:/inyocountyvisitor.com/film with clips of the Owens River and mountain scenery giving film companies a taste of what’s in store for them on the East Side.

Steele is currently in the process of updating Inyo locations, hotels, scouts and cast and crew
lists, while getting acquainted with the multiple land agencies. Once he’s got a handle on the
land managers and the information they need to grant a permit, his next step is the
development of a single permit application form. Anyone who has ever had to secure permits
for commercial stills or film knows the value of not having to make an educated guess on who
manages what land and pursuing permission through each agency will understand the value of
one single permit. In the future, a permittee will fill out one all-inclusive permit application and
Steele will fax to the appropriate agencies for approval.

One comment following the presentation referenced trucks whipping around Alabama Hills as
part of an ad shoot. Steele explained any disruption following a photo shoot is cleaned up as
was the aftermath of the referenced truck shoot.

Might be an answer gather a group of local people that the film crew would have to hire as a policing agent to make sure all rules were followed, also matey have each company put x amount of money in account and after there done the county ,blm ,or forest… Read more »

“Cleaned up after the truck shoot”…how do you “clean up” permanent damage to the land and environment ? Other types of “clean ups after a shoot ” at times are lacking too. More than once in the Alabama Hills, papers ,scripts and food wrappers blowing around in the wind after… Read more »

Since you saw all that stuff blowing around, did you go clean it up?…..

As a matter of fact, when I’m in the Alabama Hills and see the trash left by tourists, and others, I do pick it up..many locals do the same.

That’s what he said. Steele has a lot of enthusiasm for the job. I’d suggest giving him a call when sites don’t look “cleaned up.” But don’t tell him I said that.

Alice
Reply to  Deborah A Murphy

Unfortunately it’s a job that should require a lot more than enthusiasm and IT skills….

With you on that ! About time we started looking at behavior instead of just listening to spin.

Here is the real link. The one in the article goes to a story on Sierrawave from before I took over. https://inyocountyvisitor.com/film/ I think the URL was given the wrong link. Also, please feel free to check out all I’m doing on inyo film at both instagram and Facebook. There… Read more »