By News Staff on May 9, 2018 in General Misc. Stories, Government Agencies/Utilities, Public Event 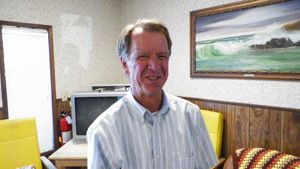 The district is the only one up for grabs this year. Supervisor Rick Pucci is unopposed.

The format was simple: opening statements, set questions then written questions submitted by some of the 55 people in attendance.

Greer has lived on the East Side since 1970. She is a fitness coach; she and her husband had a timber contract putting her in touch with public lands agencies. She served on the Bishop Unified School District board of trustees. 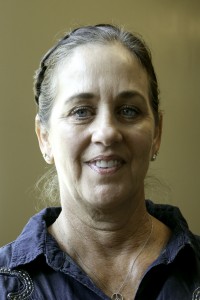 Then came the set questions:

Your vision for Inyo County in five and 15 years.

Totheroh: Expanded internet, commercial service, new businesses and the County owns its landfill sites. In 15 years, Inyo has a diverse, stable economy and the Los Angeles Department of Water and Power “doesn’t treat us like a colony.”

What services would you expand and how would you pay for them:

Greer: Look for ways to save money without layoffs; partner with non-profits, share functions with Mono County. As for new services, probably not.

Totheroh: Inyo has a reasonable balance of services. If the tax base grows, he would increase services to the most vulnerable, the elderly and youth.

Totheroh: The County has pushed hard against the department within its legal constraints. Examples: LADWP’s threat to turn off water to ranching leases in the second year of drought, Five Bridges and condemnation of three landfill sites.

Greer: Cited the current lawsuits as well as the double-edged sword nature of the County’s relationship with LADWP. She would work to uphold the Long Term Water Agreement and go “face to face” with the department in Los Angeles.

A path to attract new business:

Greer: Grow the community and protect the environment. Zoning for commercial conversion to residential. “We know retail is dead.”

Totheroh: “We’re on that path.” He cited reducing isolation and potential with cannabis operations and short-term rentals.

Then came the audience questions:

Totheroh felt his years on the Forest Service, working with large organizations, was a better preparation than his 15-years as a small business owner. “We’re supervisors,” he said of the board, “not mangers.”

Greer: You can’t spend more than you earn.

Resolving issues with someone on the opposite side of that issue

Totheroh cited the board’s cannabis debates. “You listen and figure out what’s right for the community,” he said.

Greer thought the statement was fine but had an issue with the process.

Totheroh thought both the statement and process were effective.