In February 2013, two environmental groups filed suit against Inyo County and the Adventure Trails project. That suit was resolved when the County agreed to go ahead with a California Environmental Quality Act review of the impacts of combined-use on county roads and the impact of increased Off Highway Vehicle use on public lands. 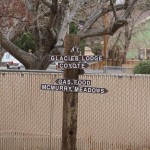 Almost a year-to-date of that settlement, the Center for Biological Diversity and Public Employees for Environmental Responsibility filed a second suit requesting the courts set aside the Board of Supervisors adoption of the Adventure Trails System pilot project and “suspend all activity” relating to the project on the grounds the CEQA and Environmental Impact Report were inadequate.

“I’m disappointed a group outside this area can influence a project that went through the public process,” said County Board of Supervisors Chair Matt Kingsley, reached by phone late last week. “We went through this process in the open. The fact that we reached a compromise that everyone seemed satisfied with makes this (lawsuit) even more disappointing.” The suit probably came as no surprise to Kingsley who closed the public meeting on the project, January 22, by saying he hoped there would be no lawsuit as a result of the board’s unanimous approval of a seven-route pilot project.

Both Kingsley and Adventure Trails’ Randy Gillespie were concerned the state legislation that gave impetus to the project would sunset before an effective evaluation of the project could be made. The project, that could be up and running by mid-summer, sunsets in January 2017.

“The saddest thing,” said Gillespie “is that OHV use will continue with no education and no law enforcement.” That education will focus on new OHV use in the area pointing out sensitive habitat and cultural resource areas and discouraging off-trail activity.

The compromise, Gillespie noted, took the project from 72 combined-use routes to 36 and finally down to the seven approved by the Board. “People told us they were concerned about OHVs in residential neighborhoods,” he said. “So we removed those routes.”

The suit specifically calls for the removal of signage, “Cowboy Kiosks” that have already popped up in the valley. The suit refers to the kiosks as “ORV sign posts” and states “The Planning Department approved the Cowboy Kiosks encroachment permit without any environmental review.”

Encroachment permits, issued by the Department of Public Works, are considered an administrative action that follows standard procedure and does not trigger environmental review. The signs were put up by the Adventure Trails System advocates, designed “to fit the image” of the community, according to Gillespie, and funded with a separate Green Sticker grant. The kiosks incorporate arrows with end destinations, like Keoughs or Coyote, but no reference to a specific mode of transportation.

While speakers at the Supervisors’ January 22 meeting were evenly divided between proponents and opponents, the primary objection by opponents was the adequacy of the County’s CEQA. The lawsuit alleges the documents “violate the requirements of CEQA Guidelines as substantial evidence does not support the County’s Findings.” The fact some routes are, allegedly, longer than 10 miles is cited as a violation of the enabling legislation. The brief goes on to state the County did not revise and circulate the Draft EIR after aerial surveys were completed to establish baseline data. Mitigation and monitoring are also cited as  cause for the action.

County staff cannot comment on litigation, but the project is still moving forward as Inyo County Counsel Margaret Kemp-Williams and her staff are taking the procedural steps required by California’s public resource code.

The Adventure Trails Program has made enemies before even getting started. That business of putting up signs that favor one user group over another is just not cool. Can I go out and put up mountain bike signs, climbing area signs, or bird watching signs? No, but the county is… Read more »

It amazes me that the environmental groups opposes minor proposals such as the Adventure Trails, but remain silent on such issues as “The stacks if pack train manure on most of the trailheads to the John Muir Trail.” What a great experience, stench and brown stuff on your gators and… Read more »

Agenda-21 will become Law of tha Land soon where only tha Elite can travel and enjoy these thar public Lands, followed by the coming Carbon-Tax that All americans shall be required to pay on the very Air ya’ll breath, and it will be illegal to heat your homes with woodstoves… Read more »

Funny how whenever a group chooses to oppose the wishes of the business community some place they are labeled “the elite”. I sincerely doubt any of the opponents of this Adventure Trails program have as much money or live in as large a home as those pushing for it and… Read more »

Spot on,Desert Tortoise…..I would be willing to bet if this was put to a vote among Valley residents they would vote it down,even though the Supervisors and some business owners with a horse in this race try to say it’s what we “all” want.Thank goodness we have environmental groups to… Read more »

Desert Tortoise, I live on one of the excluded routes and the only people I know of on my block that are against it work for the County. I’ll leave names out of it, but it doesn’t seem very fair that one person out of a hundred should be able… Read more »

There seems to be a lot of compromise on the part of the proponents to get this ball rolling. Yet very vocal and wealthy entitys will do whatever it takes to prevent this from happening. Really… an EIR for recycling old railroad ties for signage on rights of way that… Read more »

Funny how working people magically become “wealthy elites” as soon as they organize to oppose something the business community wants that a segment of the general public does not. Most of the opposition is far less wealthy than the businesses pushing this.

Yes, “wealthy elites” and similar comments are often thrown about by people who wish to marginalize the opinions of those they disagree with. Like most sweeping generalizations, such comments are based far more in fantasy than in reality.

I can understand that Supervisor Kingsley might be disappointed that his decision is being challenged, but if he truly thinks that “everyone seemed satisfied” – then he is living in a bubble. And these public lands belong to everyone, not just locals. The fact that the challengers are from out… Read more »

Well said. Took the words right out of my mouth. Bravo.

Respectfully, these groups have many members and supporters locally, so I do not think it is fair to call them outsiders.

Are we really getting sued for allowing motorized vehicals to drive on paved roads? Get a life!

Jane, Respectively, you are throwing good money(your contributions) towards bad. These groups do nothing but litigate and attempt to ruin established, good, and honest businesses. They do not compromise nor do they even try to communicate. They(CBD and PEER and others) are the problem, not the solution. Please do some… Read more »

There are still a few places to go off roading here in Mono and Inyo Counties, just do so quietly with only a few vehicles and stay on the approved roads. Stay off paved roads. Anytime you alert the 72+ environmental groups in California of off road travel, they go… Read more »

County Board, please stop it now. You will throw good money behind a defense of this proposal yet you cannot even fix the streets in this County? Cut and run while you can…

Some people just can’t stand to see other people having fun!