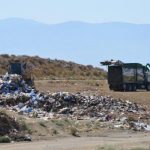 No eminent domain over LADWP land and water rights

[CAUTION: Please take note that “LADWPNews.com” is literally one of the department’s websites. What is presented in the following News Release does not represent the views or opinions of the County of Inyo or of the Inyo County Board of Supervisors. Hopefully they will provide a response giving their views.]

In a ruling published last week, a California Superior Court made a sweeping ruling against Inyo County’s attempted eminent domain takeover of Los Angeles’ land and water rights.  The years-long pursuit by Inyo has effectively been sent back to the drawing board and will require not only a complete restart, but also comprehensive environmental review, in order for Inyo to proceed.  The litigation, which Los Angeles Department of Water and Power (LADWP) officials had repeatedly sought to put on hold in an effort to find a peaceful resolution that would address Inyo’s waste management needs and LADWP’s environmental and water quality concerns, may now cost Inyo as much as $2 million in damages to Los Angeles.

Judge Kenneth C. Twisselman II, who presided over the case in neutral Kern County, ruled May 29,2020, that Inyo County and its Board of Supervisors violated state law when they attempted to forcibly take control of land and water rights from Los Angeles.  He held that, contrary to their assertions, the County’s project was not exempt from the California Environmental Quality Act (CEQA).  At trial, he explained, “Inyo has not conducted any environmental review in connection with the project.”[1] Therefore, “importantly, neither the public nor the agency decision-makers were informed about possible significant environmental effects.”[2]

Judge Twisselman ordered the Board of Supervisors to rescind its actions, and ordered the County to pay LADWP’s costs of the lawsuit. His order not only resolved the CEQA case, but also paves the way for resolving the County’s three related eminent domain cases in LADWP’s favor.

Martin Adams, LADWP General Manager and Chief Engineer, described the court’s decision as “the proper resolution to the County’s ill-advised attempt to circumvent state law.” He added, “This is an important victory not only for LADWP, but also for other water rights holders in California, including ranchers and other private citizens.  Inyo sought to condemn city property and take water rights from a municipal water supplier without identifying any specific use for the water and without considering the environmental impacts.  Left unchecked, Inyo’s actions could have set a terrible precedent with far-reaching consequences for property owners throughout the State of California.” 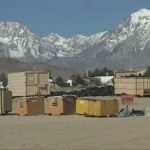 The case arose out of the Board of Supervisors’ approval of three resolutions on August 15, 2017, which authorized Inyo to attempt to take three parcels of land that it leases from LADWP for landfill purposes in the Owens Valley, as well as water rights associated with those properties. LADWP objected to Inyo’s proposed project before and at the Supervisors’ hearing on the resolutions, in part, because Inyo did not conduct any environmental review or adequately consider alternatives, including LADWP’s offer to voluntarily sell the landfill properties without the water rights, but still allow the amount of water the landfills have historically used.

LADWP also expressed concerns about Inyo’s long history of environmental violations at the landfills, citing the thousands of violations from the County’s own Environmental Health Department and state regulators. Likewise, LADWP raised concerns over the impact of Inyo’s operations on water quality and the Owens Valley watershed.  The Board of Supervisors approved the project without considering LADWP’s objections or offers.

“Inyo County had an obligation to properly consider alternatives to the long-term operation of its unlined landfills before attempting to condemn Los Angeles’ land and water rights,” Adams stated. “We attempted to resolve this matter with the County, and even offered to sell the landfills both before and at the hearing where the Supervisors voted to initiate condemnation proceedings. We also asked Inyo to agree to “toll,” or extend, the legally allowed time for filing our lawsuit in order to give us more time to work together to reach a mutually beneficial outcome. Unfortunately, Inyo rejected our offers to avoid litigation, resulting in the accrual of significant costs that their residents will now have to bear.”

LADWP filed its suit in response to Inyo’s actions on February 9, 2018. The court rejected Inyo’s attempt to dismiss the city’s case in September 2018, and held a trial on February 7, 2020.

Based on the court’s ruling that Inyo’s actions were illegal, LADWP intends to seek dismissal of the three eminent domain lawsuits that the County filed. If the court dismisses those cases, under California law, LADWP is also entitled to recover its costs and attorneys’ fees from Inyo associated with those lawsuits.

Whenever people say and mention LADWP stealing the land and water-rights from the Owens and Mono Counties years ago,I always think what if ? IMO,what if LADWP didn’t legally buy the land and water back then,our Counties would now resemble what we see and have to deal with when we… Read more »

So LADWP legally bought the land with the water rights over 100 years ago and now the county wants to forcibly take control of land and water rights from Los Angeles? And yet they claim LADWP is the abusive Bully? Go figure.

The Bishop land fill is full, why would any one want it. The county needs to find a chunk of land and dig another hole and it is going to cost a lot of money. Squatters, last I heard LADWP purchased the land, can’t squat on your own land. LADWP… Read more »

blob There are no assurances when you take the LADWP to court . LADWP has the dollars and the best lawyers and judicial influence money can buy . The Landfill issues came from a dispute regarding the landfill lease where DWP once again acted forcefully and not in good faith,… Read more »

blob: The county just has a bug up its butt and doing this out of spite and bitterness for something that legally happened over a hundred years ago. Kind of like the south still bothered that the north won the civil war. Some people will just never let go of… Read more »

Wow – way to bungle it Inyo County! A powerful, innovative strategy and Inyo County muffs it! SNAFU all over again! When I suggested to County Counsel Rudolph and CAO Carunchio et al that the County use eminent domain to acquire the LADWP land upon which the landfills operate I… Read more »

Wait a minute, LADWP is really owned and operated by the City of Los Angeles. There has already been a thousand environmental studies done on this land. LADWP are just deep pocketed land squatters and water poachers , and they know it! I hope our county appeals this. Our at… Read more »