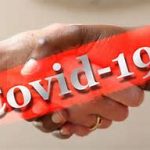 With the surging numbers of positive coronavirus cases and two deaths at the local nursing care center in Bishop, there was almost a fatalistic acceptance among some county officials that Inyo County would be placed on the state’s COVID-19 Watch list.

But it turns out that the county might be getting a brief reprieve thanks to the state’s coronavirus data tracking system, The California Reportable Disease Information Exchange (CalREDIE), which the state has relied upon in making decisions on who should be placed on the Watch List. It turns out it has some problems as the result of “an unresolved technical problem,” said state health officials on Wednesday, August 15.

Because of the data issue, they have had to stop removing or adding to a list of counties that faced more restrictions on businesses, indoor gatherings and activities, and schools, until it is fixed. Currently, 38 of 58 counties are on the list, with all major counties already on the list. However, this brief “stay” does not mean that Inyo County is out of the woods and will dodge being placed on the State Monitoring/Watch list once the problem is resolved.

According to the Centers for Disease Control, as of Saturday, August 8, California still has the greatest number of reported positive coronavirus cases in the country at 538,416 with 10,011 deaths.

Keep in mind that, according to health officials in California, the true number of cases is even higher than what the reporting system was recording. There is always a delay between the time a death occurs and the time it is reported to the state. Credibility is crucial to public health officials in keeping the public’s trust and cooperation.

The U.S. currently leads the rest of the entire world in the number of positive COVID-19 cases and deaths, and that doesn’t look like it is about to change.

California’s CalREDIE system uses data from testing labs around the state to decide which counties might land on the state’s watch list. To come off the list, a listed county must wait for 14 days, and it can then begin to reopen activities, and reopen certain businesses, or offer in-person classroom instruction.

The Inyo County Health Department has apparently ramped up its efforts over several weeks to bring non-compliant businesses in line with health orders, according to Inyo County CAO, Clint Quilter. He explained their efforts and how the process works. He stated that the county will not be dealing with the issue through, or based on, social media, but rather a process that involves the county first sending an “official letter” to a non-compliant business and working with the business to bring it into compliance. Quilter noted that, thanks to hard-working and dedicated county  employees, their efforts have already had some success by using persuasion rather than confrontation and threats.

The public perception, and to some extent, the media as well, has been that the county has been doing little, but apparently that has not the case. Once the county comes to an agreement with a business, it will use using anonymous people visiting the business on a regular basis to ensure continued compliance. If the violations have not stopped, the observations will be used to generate enough evidence to request issuance of a temporary restraining order from the courts, which will be enforced.

The combination of compliance, timely, accurate information, and working with businesses will go a long way in eradicating or at least, mitigating the rates of infection, hospitalization, and deaths in the county and the state .

If you read about the Mono Supervisors meeting on thesheetnews.com many more details are given. We just cant get it from our own County I guess. Once again, Mono is so lucky to have Dr Boo.

If the county is going to mandate rules and policies for businesses to be able to remain open during this situation, then those policies and rules should be ENFORCED evenly, consistently, and across the board…no exceptions. Also true for neighborhood parties. My street has turned into a block party almost… Read more »

Concerned Citizen Not only is the local community suffering consequences with safety issues,it’s much more broad than that. The environment is suffering consequences too,with this 24/7 tourist invasion,which is sure to last at least another month,probably longer. I’m hearing and seeing for myself many of the popular camping areas are… Read more »

Quilter’s m.o. is to ignore problems and hope they “disappear”. Sound familiar? And the board is just happy to let him cruise to retirement.

County officials have failed to lead during the ongoing pandemic. There needs to be resignations. Get officials in place that are serious about protecting community health.

Compliance issues lay with the Sheriff who refuses to help, due to his personal beliefs . We have a huge problem when a sheriff won’t protect its citizens due to partisan politics during a public health crisis. When this is over, we need to seriously look at who we are… Read more »

Unfortunately the City Police have also refused to help with compliance.

I’m sorry this so called process and efforts by the Inyo County Health office are preposterous. According to their course of action it would take months if not longer to get enough evidence against a non compliant business to acquire a temporary restraining order from the courts. How many people… Read more »

So, we are to celebrate not being on states watch list- though all indications show we should be? Why can’t Inyo county protect its citizens by taking charge and doing own restrictions? We know we have a current exposure problem. We know the likely hood of this getting worse fast.… Read more »