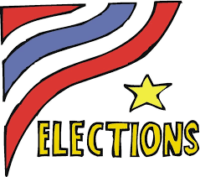 With roughly half of the June 7 ballots counted, leaders haven’t changed in the two Supervisorial or Sheriff elections, but the margins have.

Small business owner Scott Marcellin holds a more decisive lead with 40-percent in the District
3 race. Kody Jaeger, assistant tribal administrator with the Bishop Paiute Tribe, and Todd Vogel, with East Side Sports, came in with 23.7 and 22.9-percent of the vote, respectively.

According to the Registrar of Voters website, the results won’t be finalized until July 5 when all
the mail-in ballots have been received and signatures verified. KSRW will continue to check the
website, but, unless there’s a drastic change or shift in leaders, we’ll wait until early July to go
through this process again.

If the front runners can’t pull in 50-percent of the vote, there will be a run-off in the General
Election in November.

Do all the candidates go to the November ballot or only the top two?

Yeah because your puppet and his people are doing a great job.

It was mail in voting that opened Pandora’s box. Voter i.d. and getting people back to the polls will stop the claims of voter fraud.

Luke There’s been and I’ve been voting by mail for years and years. Up until trump and his big lies (because he lost big ),it was never a problem for either party to vote by mail,anywhere in the U.S.of A. trump,the puppet master,started all the talk of “election fraud” in… Read more »

Correction has been made thanks,