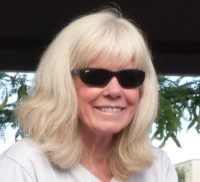 County Administrative Officer Clint Quilter will be taking an eight-week leave to attend to a personal matter.

Mr. Quilter is expected to return sometime in February.

The county should be in very  good  hands under the leadership of Acting County Administrative Officer, Leslie Chapman, until  Quilter’s return sometime in February.

Likewise. And meantime we are in good hands

I hope all is well with Mr. Quilter and his family.