By Deb Murphy on December 20, 2022 in Board of Supervisors, Inyo County, News Releases 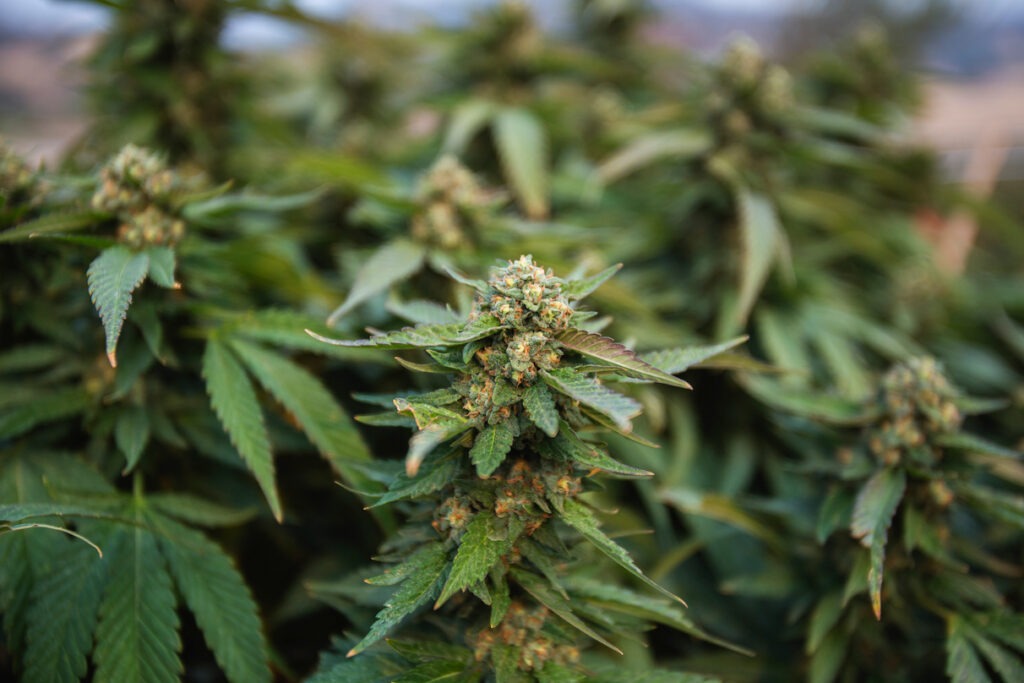 As Inyo Supervisor Rick Pucci said, the County never intended to make money on cannabis
cultivation operations, just break even. But they also didn’t intend to lose money.
Unfortunately, that’s been the case since 2021/22, according to Ag Commissioner Nate Reade.

Reade provided the grim details at last week’s Supervisors’ meeting. After subtracting the cost
of the program from the revenues in the first years, Inyo showed a profit, ranging from $55,534
to $93,658. Then COVID hit. The 2021/22 fiscal year ledger indicates Inyo lost $107,438. There
were mitigating circumstances, Reade explained, specifically a large cultivation operation in
Sandy Valley requiring a lot of staff time, much of which was the seven hour round-trip.

With fees based on anticipated licenses, the drop in applications corresponds to the drop in
new cultivators coming on board. Other issues: the price of cannabis is down and the possibility
cannabis may be legalized nation-wide. Potential growers could be waiting to see what happens
on the Federal level. The California Environmental Quality Act issues provided another hurdle
for growers; Reade estimated just that element could add six months to the application
process, adding to the start-up costs before any income begins to flow.

Currently, Inyo charges an application fee of $2,700, then an annual $8,850 for compliance
inspections and license. That application fee is way below the $8,164 average state-wide.
Variations are Mono County’s $990 deposit, plus an hourly rate, and San Joaquin County’s
$2,736, plus $152 an hour in “consultation” fees. The retail side of cannabis businesses has
worked well in Inyo—no CEQA is required for a store front or delivery services.

Reade’s suggestions to resolve the imbalance of cost vs income was to raise fees. The
application fee could range from $9,300 to $9,500 with the license fee ranging from $13,500 to
$13,700. Another option would raise the existing fees and add an hourly rate for inspection, a
fee based on acreage of the site or combine an hourly rate and acreage rate depending on the
business type.

The good cannabis news: retail, the “meat” of cannabis business is going well according to
Alisha McMurtrie, Inyo’s treasurer/tax collector.

“We knew we were going into the unknown,” said Supervisor Matt Kingsley, whose District 5
includes the impacted cultivation sites. “We don’t want to drive them out of business. We have
to re-assess to cover our costs.” Supervisor Rick Pucci agreed. “We did this, in part, to protect
the public, not to make a bunch of money.” He admitted cultivation may never pay for itself,
but that could change if cannabis is legalized nation-wide.

The Board directed Reade to come up with more options to solve the cash-flow issue, but no
option to increase fees.

Questions or Comments? Email me: [email protected]
View all posts by Deb Murphy →
December 27, 2022 Bishop City Council Meeting Cancelled
Inflation is Pushing California’s Minimum Wage Up. Here’s What it Will Be in 2023

Awfully expensive license fees for marijuana businesses when we just discovered at the latest BOS meeting that Inyo County doesn’t even require business licenses for most businesses in the county….if operating in the black is something the county desires then the obvious solution is to either require licensing of all… Read more »

‘Reade explained, specifically a large cultivation operation in Sandy Valley requiring a lot of staff time, much of which was the seven hour round-trip.” sounds to me that the county needs a better connection with Sandy Valley to cut time. maybe a road along the ca/nv stateline from Charleston view’s… Read more »

build a road to save cost? smh

“The good news is retail is going well”. It’s a strange world when more drug consumption is considered a good thing provided government makes money, particularly given the potency of “cannabis” in its current forms. So in keeping with this ethos, I propose legalizing and taxing meth and fentanyl. Think… Read more »

Somewhat ignorant statement. Meth and other drugs are not on par with cannabis. Would you say that about liquor stores? When is the stigma of cannabis going to go away? When people bother to educate themselves, I guess.

The constituents voted for legalization. Inyo hardly makes anything off this, the program operates in the red often. Inyo is electing to serve the people’s will at a loss. You have the wrong enemy haus. Talk to your neighbor about their ballot selections if you want to have an issue… Read more »

Vaguely
Your proposal ,not just Inyo County….how about NATIONWIDE ?
After all, this is America, where it seems the big bucks rule with just about everything, and especially when it’s Government legislation and taxation making them the money too ,along with the millionaires while the middle-class pays the bill.

Is Nate even qualified for his assignment?