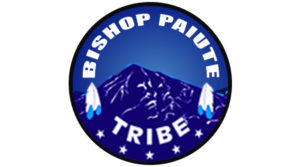 The County of Inyo, Sheriff Jeff Hollowell, District Attorney Tom Hardy, and Bishop Paiute Tribe today announce that a settlement agreement has been approved in relation to the lawsuit filed by the Tribe against the County, Sheriff, and District Attorney.
The settlement agreement provides for the dismissal of the legal action filed against the defendants by the Tribe in 2015, seeking declaratory and injunctive relief on the grounds that conduct by the County, Sheriff, and D.A. interfered with the Tribe’s inherent authority to pass its own laws and operate a Tribal Police Department.
With the settlement, the plaintiff and defendants set forth their mutual understanding of the authority of the Bishop Paiute Tribe, under existing law, with regard to engaging in law enforcement activity on and off the Reservation.
“The County of Inyo is happy to resolve this issue outside of the courtroom and in the best interest of all the parties. This agreement allows all of us to focus on the most important thing: working cooperatively to keep our communities safe and secure,” said Inyo County Board of Supervisors Chairperson Rick Pucci.
Chairman Allen Summers stated, “On behalf of the Tribal Council, we are pleased that Inyo County and the Bishop Paiute Tribe have reached an agreement that will unquestionably address the health and safety of our community. It’s the Tribal Council intent to establish a positive working relationship that will be beneficial for both Inyo County and the Bishop Paiute Tribe.”

The parties reached a tentative settlement at a Mandatory Settlement Conference held before  Federal Magistrate Jennifer Thurston in Bakersfield on May 6, 2019.  Since the Conference, the parties have worked together to craft a final settlement document, which was signed by all parties. Among other things, the document memorializes the parties’ agreements on the following points of law:
 The Tribe has the inherent authority to establish a law enforcement department to investigate and enforce violations of Tribal laws, to the extent allowed for under existing laws;  Tribal law enforcement personnel have the authority prescribed by law to detain persons on the Reservations, within the bounds of the Fourth Amendment, for the purpose of investigating possible Tribal law violations;  If, during the course of investigating a possible violation of Tribal law, a Tribal officer discovers the person may have violated state or federal law, then the Tribal officer may detain the person on the Reservation, within the bounds of the Fourth Amendment, and thereafter must promptly transport and/or turn that person over to the state or federal law enforcement agency with jurisdiction;  In carrying out the inherent authority of the Tribe, as defined by federal common law, Tribal officers on Tribal land who are enforcing Tribal ordinances are not acting as or impersonating a state peace officer while detaining a person who has violated state or federal law, provided that the Tribal officers are otherwise acting pursuant to authority granted to them by the Bishop Paiute Tribal Council, and not holding themselves out or representing to the public that they are acting as state peace officers; and  In carrying out the inherent authority of the Tribe with regard to detaining persons on the Reservation, within the bounds of the Fourth Amendment, these acts do not constitute false imprisonment.

The plaintiff and defendants also agreed that the Sheriff’s Office and D.A.’s Office have criminal jurisdiction over all tribal lands in California, that the Sheriff and D.A. have authority to enforce California Penal Code against Tribal police officers who violate state law, that Tribal officers have no jurisdictions to carry out police activities off of the Reservation, and that Tribal officers may not carry firearms off of the Reservation (the exception being when driving to and from work, or crossing state or U.S. highways while on patrol) until such time as they achieve federal Special Law Enforcement Commission status.
The U.S. District Court will retain jurisdiction to enforce the terms and conditions of the Settlement Agreement.
“I am pleased the parties were able to reach a resolution in this matter. I believe this resolution has provided a clear understanding to the parties on enforcing laws on Tribal lands,” said Sheriff Jeff Hollowell. “I look forward to building on our partnership and providing the services our respective communities deserve.”
“I am happy that we were able to work together to resolve this matter and to set forth clear understandings of the various rights and responsibilities of the parties. Unfortunately, criminal law jurisdiction in California Indian Country can be complex, often involving overlapping areas of state and Tribal responsibility,” said District Attorney Tom Hardy. “I am looking forward to continuing a productive working relationship with Tribal leaders and Tribal Law Enforcement Officers to apply the law justly on Tribal lands, and everywhere in Inyo County.”
The Bishop Tribal Administrator, Gloriana Bailey, also expressed that, “I am also pleased that we are able to move forward in a positive and professional manner. We look forward to a continued mutual understanding of the respective entities and each of our responsibilities for a safer community.”