By News Staff on December 27, 2019 in Government Agencies/Utilities 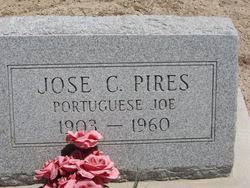 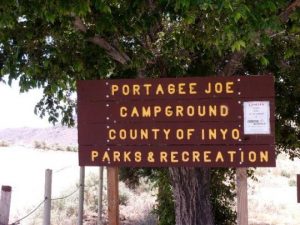 PRESS RELEASE
At their Board meeting last Tuesday, December 10, the Inyo County Board of
Supervisors gave the green light to acting County Parks and Recreation Director
Leslie Chapman to bring an item back to the Board recommending a new name for
Portagee Joe Campground, a county campground just west of Lone Pine.
“We will recommend naming it Jose Pires Campground” Chapman said, referring
to the real name of the “town character” after whom the campground was named.
Bishop resident Allen Berrey had long complained to the Board that, because
“portagee” is an offensive ethnic slur, it has no place in the name of a public
campground, especially one at the foot of Mt. Whitney. Berrey had recommended
that the County re-name the campground “Portuguese Joe.”
“I just thought the County should show the man and his Portuguese heritage some
respect by calling him “’Portuguese Joe,’” said Berrey, noting that “Portuguese
Joe” – not the derogatory “Portagee Joe” – is the nickname that appears on Mr.
Pires’s gravestone at the Mt. Whitney Cemetery (see photo below).
Berrey commended and thanked the Board for its decision, stating that “whatever
new name they select, the Supervisors will be doing the enlightened thing.”
The Board of Supervisors will consider whether to re-name the campground and, if
so, what the new name should be, at a public hearing to be held in the spring of
2020.

We work to provide daily news to all of the Eastern Sierra, in the tradition of Eastern Sierra News Service and the Sierra Wave. We bring you daily happenings, local politics, crime, government dealings and fun stuff. Please contact us.
View all posts by News Staff →
Fatal Accident Near Slab City
NIHD Board member MC Hubbard retires, District seeks to fill vacancy
23 Comments
Newest
Oldest Most Voted
Inline Feedbacks
View all comments

When the campground was named years ago, some one decided to use a different spelling, the way it was pronounced by people who did not even know how to pronounce it correctly. Showing a lack of respect for the 10,000,000 who live in Portugal and the 220,000,000 people who live… Read more »

Mr. Piros has been dead for 60 years, how are you asking him what he wants to be called? By seance? Does he have any family left to weigh in on this?

I have searched the internet, Merriam Webster dictionary online, and my paper dictionary and the only reference I found to the word “portagee” was a blurb for a book, written by a man of Portuguese descent, called “Through a Portagee Gate”. The book is about his father, who came to… Read more »

Good job Allen. Because my wife is from Brazil, I am always glad to see more equality and less racial slurs. It is the same now as it was when we were at Mariposa High School together in 1972, I am very glad you are my friend.

You are right Inyo Local.

I have withdrawn my objection and threat of a lawsuit.

The name is evocative of Inyo County and its residents and so should remain.

Good job Allen. Because my wife is from Brazil, I am always glad to see more equality and less racial slurs. It is the same now as when we were together at Mariposa High School in 1972, I am very glad you are my friend.

On second thought, the heck with it.

If it is so important for Inyo County to call Portuguese Jose Pires a portagee, who am I to stop it?

It is the government, after all.

Sorry I brought it up.

This is Allen Berrey. All I’m saying is that if we (I say “we” because this is an Inyo County- not Lone Pine – campground) are going to refer to him by a nickname instead of his real name – Jose Pires – we should at least call him the… Read more »

Because this hard working person is trying to get ahead of a lawsuit and save our county some money, which is her job. Frankly, she does it very well.

Indygal, seems to me, the county is encouraging or supporting a law suit now.?It also sounds like the guy and family was proud of his nick name. I’m assuming the family were the ones that put it on his grave stone?

How and when did we as a country become so easily offended by names, words and speech? Whatever happened to ”sticks and stones”? Where does it end? Something tells me Joe Pires didn’t give two licks about being called Portagee Joe, something tells me it made him smile and reminded… Read more »

Weep for culture lmfao get out of here. Words have meaning, words can be offensive & hurtful. We all know that. Grow. Up.

HR, “words can be offensive & hurtful”
To a dead man?

I don’t know the history of Portagee Joe, however I do know Where I grew up where the Portuguese were the best horsemen around! We called the gates through barbed wire fences “Poeragee gate”. I still call them that…not a “cowboy gate”. It is an honor to still use the… Read more »

I doubt it, I’d bet he’s more likely somebody who wants to go down in history as crusader who has a need to leave legacy and to be remembered.

Let’s bring this to full light. There are two meanings: one being a “New England” derogatory term, and one a mere slang for one who is of Portuguese decent. Last I checked, Lone Pine isn’t on the east coast. Since it is on his tombstone, I’d suggest it was a… Read more »

Get Over Yourself
Reply to  Not PC

It doesn’t matter if it’s here or there, if it’s derogatory in one place, it’s derogatory period. It says “Portuguese Joe” on his headstone, so why not rename the campground to match? Why do you care? Why is being less offensive so offensive to you? We get it, you loudly… Read more »

Where is the photo of the gravestone that is referenced in the press release?

Photo is at the top of this story.