The Inyo Supervisors got the Klondike Lake issue off their backs Tuesday, stating they didn’t want to face misdemeanor charges for violating the Brown Act of open meeting laws. 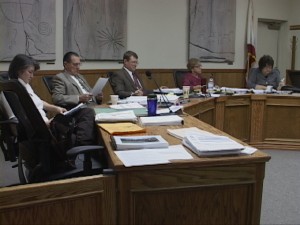 Richard McKee of CalAware had sent the supervisors a letter to demand that they hold Klondike Lake Subcommittee meetings in the open. Meetings had been closed to the public. Instead of declaring future meetings open to the public, the Board abolished the committee altogether along with their responsibility to help the public gain access to the lake.

Supervisors Susan Cash and Marty Fortney made up what County Counsel Randy Keller called an ad hoc committee on Klondike. They met with DWP and members of the public over access to the lake. DWP had shut off most access, they said, out of fear of invasion by the Quagga Mussel.

Citizens pointed to Klondike Lake as a stated mitigation measure in the Long Term Water Agreement between Inyo and DWP. The supervisors made it clear they will not press that point.

County Counsel Keller gave them an out. He said that water skiing itself is not the mitigation measure, even though past 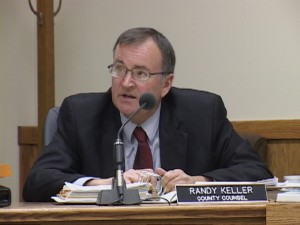 documents specifically name water skiing. “The county has no jurisdiction over the lake,” stated Keller. He also said, “I don’t think there has been a violation of the Brown Act.”

Supervisor Cash seemed less convinced and called the ongoing subcommittee “a distraction form solving the issue.” She said if citizens are concerned, they can address the water agreement issue to the Inyo-LA Technical Group and Standing Committee. Asked why she didn’t just open the subcommittee meetings to the public, Cash said it would be too expensive to pay for notices and minutes under the Brown Act.

Supervisor Marty Fortney said he thinks the Quagga Mussel issue should be addressed regionally. Fortney said he supports more access to Klondike. “What’s next?” questioned Fortney. “Will DWP want to shut down the river?” Fortney said he didn’t want to face a misdemeanor charge under the Brown Act by continuing the subcommittee meetings on Klondike. He too failed to consider opening the meetings to the public.

The Board voted unanimously to discontinue the Klondike Committee. The public – now on their own with Klondike.